Walls of Connection: celebration of art and culture in Zagora, Morocco

MasterPeace Morocco in collaboration with ACT! Have organized the next edition of walls of connection, taking place in Zagora city, Morocco, from March 10th, 2021 to March 24, the activity took place in“Dar Lakbila”, a small town in Zagora city that was created 400 years ago.

There’s a huge open space where the troops used to organize concerts and celebrations as the village is rich culturally (Gnawa, Ahidous…) Moroccan local bands.
MasterPeace Morocco as an active key partner in the region of Zagora twinned with a youth led NGO “youth association of Aasrir”, to renovate the vacant space by implementing different activities (painting, plantation, kid’s activities and youth empowerment).

Prior to the day of the activity, board members as well as some citizens were virtually invited to explain the context of the village, as well as discussing the types of walls and agreed to revive some significant cultural activities such as Gnawa,Ahidous, Skal and other activities, and discussed the engagement of the community to follow the authority’s instructions,
The meeting was also an opportunity not only to discuss the murals but also an opportunity to start a long term partnership between the organization and MasterPeace Morocco, where the two parts reflect on the different potential projects and activities and their contribution.

The event took place over the course of 10 days; from March 10th, 2021 to March 24, starting from preparing the field and murals, as they are made with clay, the organization have mobilized several young people from the village to prepare the walls to make them painted, the Kasba has a huge open space that needed some plantation and ground enhancement, the day before the painting, the organizers as well as MPM team had a visit to the location to discuss the final preparations with the presence of the painter.

The day of the painting, the Kasba was decorated with the national flag, local music played and the paintings were open by a speech with the presence of leaders (shyoukh lakbila) where the NGO thanked MasterPeace Morocco for the support, gave an overview about the importance of Alkasba and their ambitious and future projects, this speech was followed by few words by the MasterPeace Morocco team, in which they talked about though this project, the importance of including art in our lives and reflection on our engagement to collaborate in such projects.

Each mural was reflecting on a specific art, culture in the village, therefore whenever a mural is finished, a group of people performs that art in real time.
Each wall painted has a value to the citizens of the village, each wall reflects a culture, profession that used to be in the village in the past. 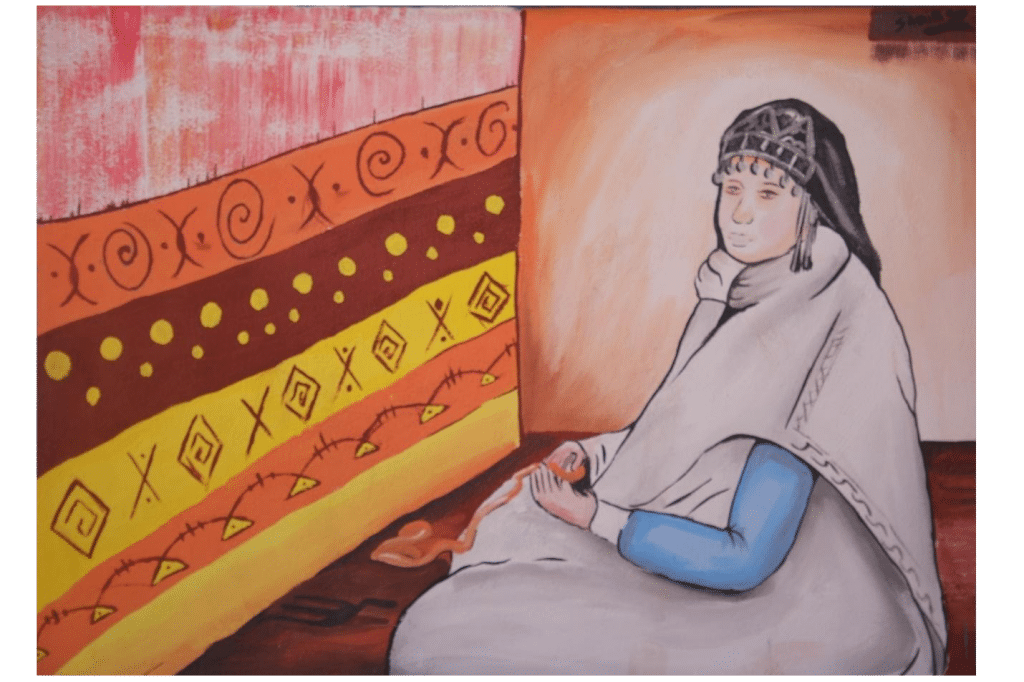 Carpet handmade: women since the past used to make carpets in their houses using classical tools and materials, the carpets in the region are considered very priceless, they are trying to preserve it by teaching the new generations about it. 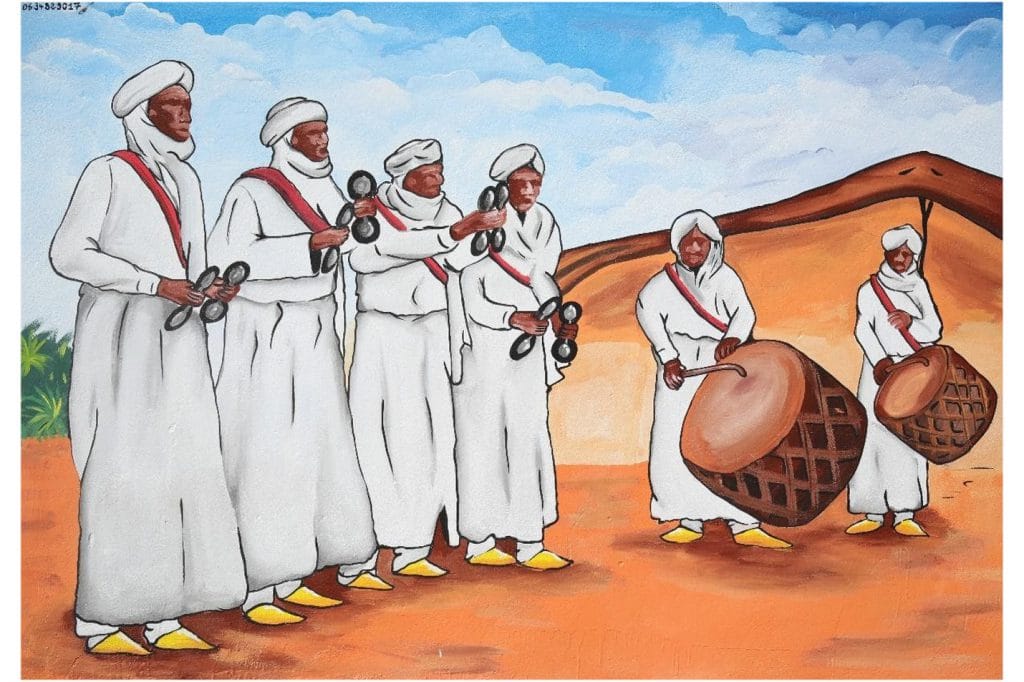 Gnawa: old style of music coming from Sudan, the village was famous with Gnawa and currently they have formed group of kids and youth to keep this music style alive. 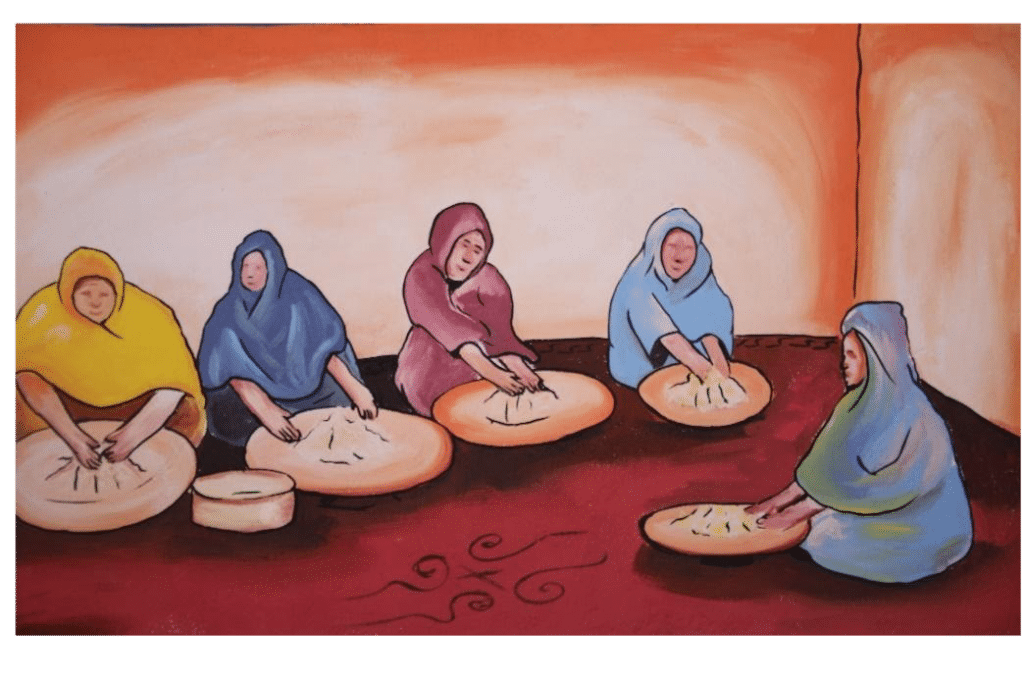 Skal, ahwach, ahidous:
three types of music where women and man are singing
together, most of the poems using the dialogue style. 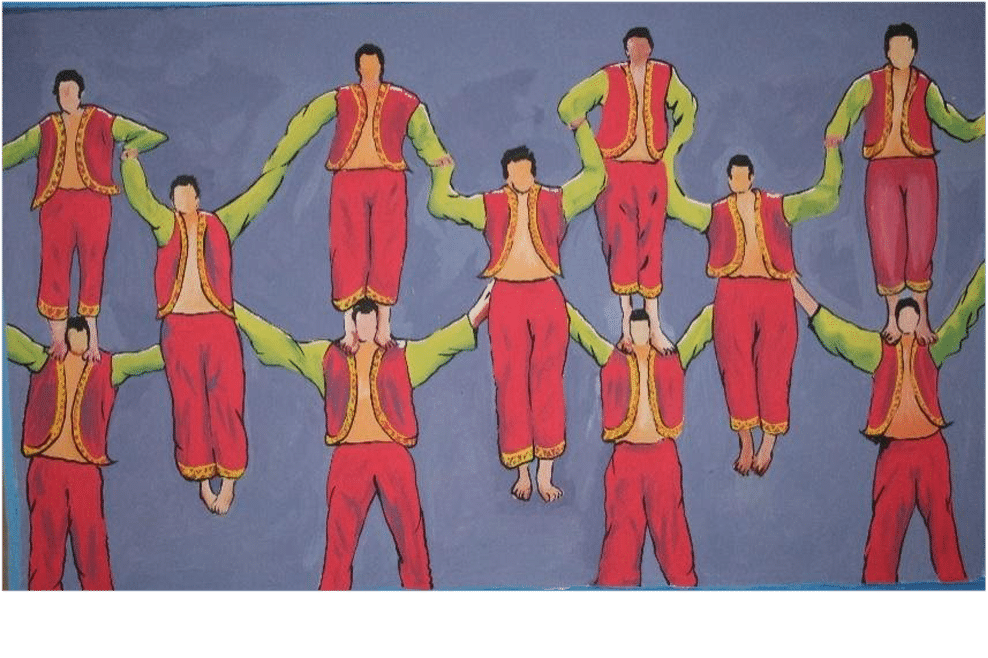 Hmad Amous: Group of people known as they have superpowers, they used to perform like circus.

After the painting, a small meeting was held to evaluate the event and also discuss the future plans, the NGO and MPM team agreed on launching three projects:

1. Renovate dar lakbila and turn it to be a youth center: 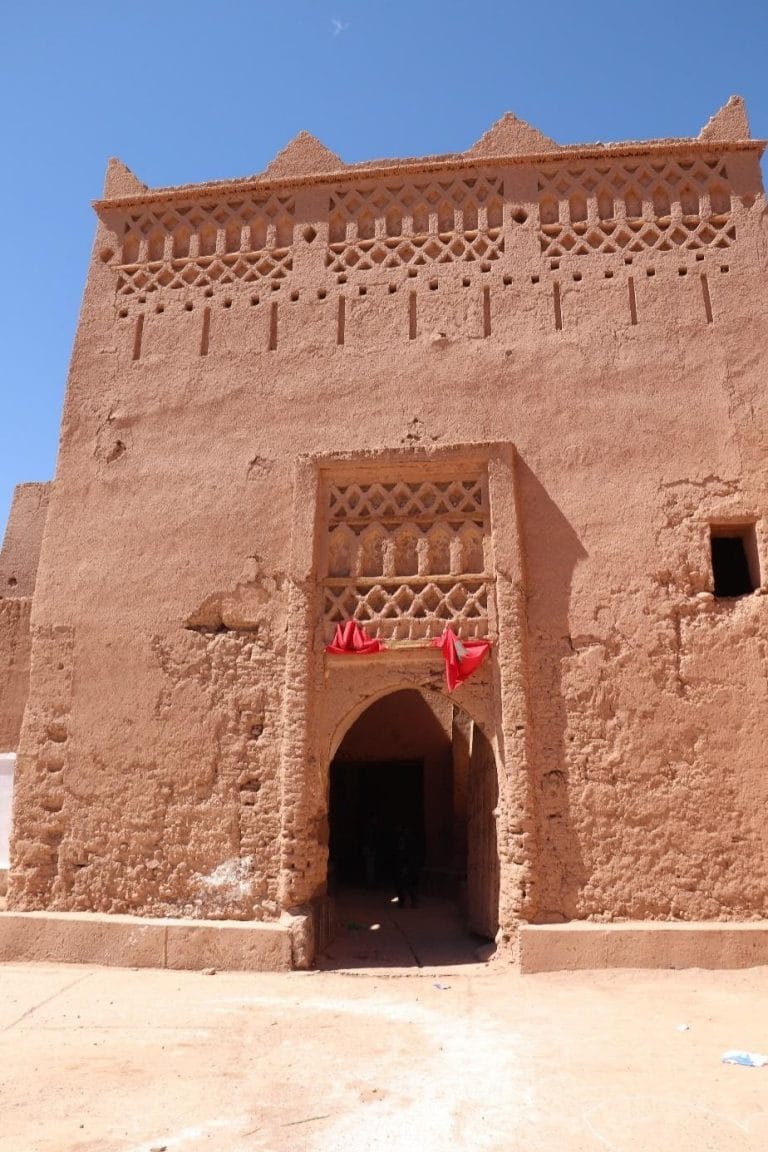 2. Renovate a classroom for kids: 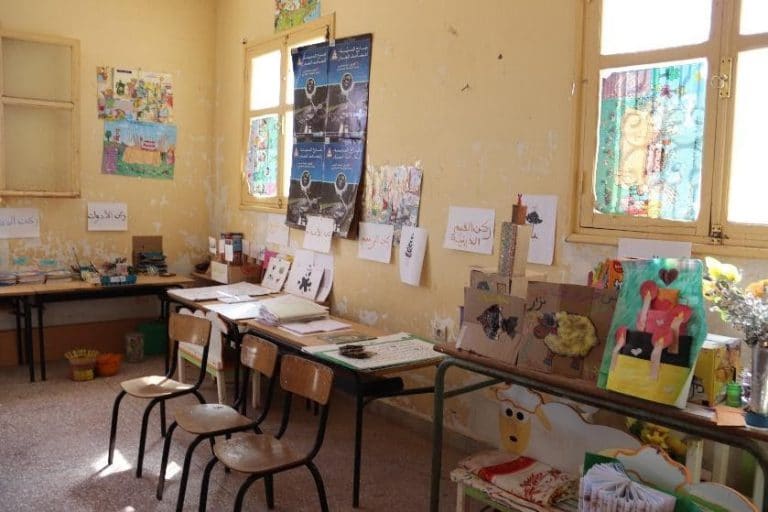 3. And lastly developing an annual training program for the youth in the village regarding (team building, communication, project planning, personal coaching, problem resolution)