One of the most important building blocks of Creative Twinning is music. We believe that music brings people together no matter of their religion, ethnicity or language. In collaboration with local artists we organize festivals, workshops and jam sessions under the name WildFire; named after the anthem made for Creative Twinning by the van Velzen band. During these sessions we bring sounds of different cultures together.

Our first stop of the WildFire tour is Albania, during which Dutch sounds meet the traditional and newer tunes of localf young talents and artists. Before the big performance in Tirana, the van Velzen band and Olta Boka, our project ambassador and Albania’s EuroVision star, had conversations about the traditional and cultural values which they translated in a magical concert.

Before the concert, van Velzen and Olta Boka visited the Hollywood Academy in Tirana to give a masterclass. The Hollywood Academy is of great importance in Tirana as it is the only cultural centre for children to follow music, art and other creative classes.  The students gained confidence and could develop their skills in 6 hours of practicing, discussions and learning. These 6 hours were of great importance as they were meant to prepare for… a pop-up gig on a rooftop in the middle of Tirana!

The pop-up concert was performed at the terrace of Tulla Nouvelle, overlooking Tirana. The place is one of the most popular, cultural hotspots in the city, named by spotted by locals as the ‘best place to visit for culture’, the band performed together with Olta and joined by the youngsters who had their very first stage performance ever, playing the drums, electric guitar and singing! The event was attended by the Dutch Ambassador and youngsters from the city.  The Municipality of Tirana also supported the project and invited the Albanian Minister of Culture Ms. Elva Margariti, who welcomed the band, Olta and the FolkBand at the main square of Kruja bridging. Next to that, we were warmly welcomed by the Dutch Ambassador Guusje Korthals Altes and her team at the Embassy of the Netherlands in Albania. Roel van Velzen, our team and Olta played parts of WildFire which the embassy described as a ‘unique anthem to inspire the youngsters of Albania’

Albania, Bosnia and Georgia have run their first kick off concerts related to the music building block, in Albania the team worked on supporting the organization of Tirana Art Fest. which spanned 8 stages and inviting 1000 students from the 40 high schools of Tirana, in Bosnia MasterPeace teamed up with Mostar’s biggest music festival ever, the event that attracts more than 50,000 people every year making it the largest event in the city where MasterPeace Bosnia role model singers performed and brought attention to the message of the project. In addition in Georgia the team organized their first concert at Tbilisi University where they invited youngsters from other cities to the capital some for their first time ever. 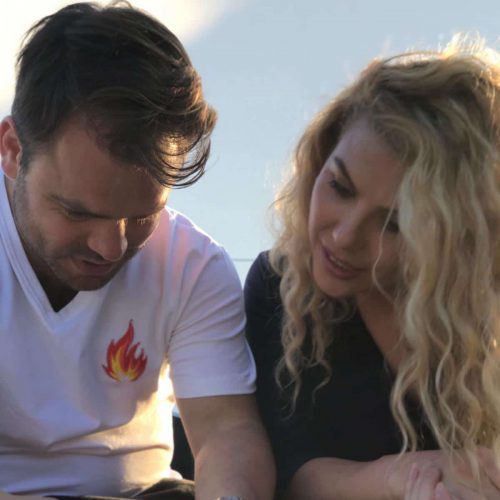 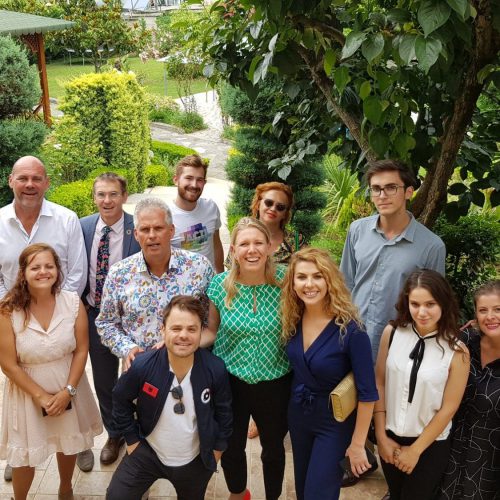 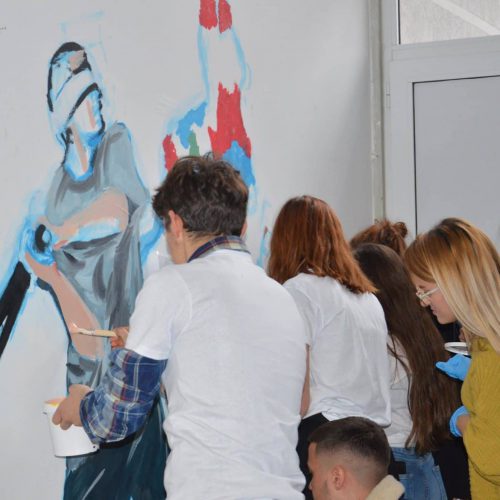