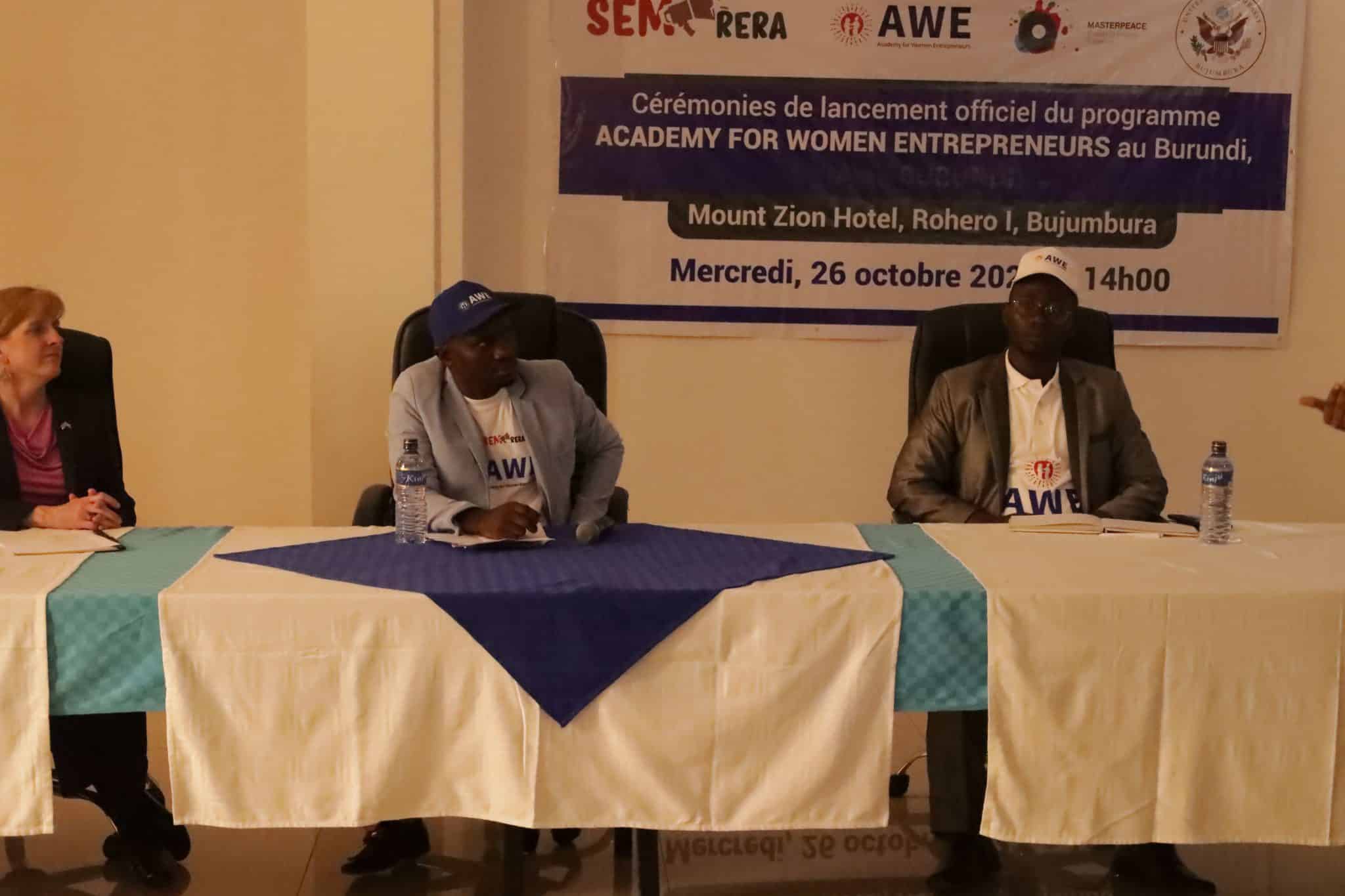 On October the 26th SEMERERA powered by MasterPeace was officially renowned as the implementing partner for AWE program. AWE is a learning and networking opportunity initiated by the Office of the US State Department in charge of education and culture in 2019. It gives women entrepreneurs the chance to learn new ways of launching and scaling up their initiatives through capacity-building, networking, and funding opportunities. The campaign focused on “The Role of Young Leaders in Peacebuilding”, the program is supported by the US Government.

To date, AWE has been implemented in more than 80 countries across the globe, including 20 African countries. This year, the program was officially introduced in Burundi, and our organization, SEMERERA are its implementing partners. SEMERERA were among the VIP guests, and were acknowledged as the US Ambassador to Burundi along with five female members of the Parliament of Burundi. We also received delegations from many local and international NGOs, including CARE International, some financial institutions and banks, the media and dozens of the candidates to the program.

For the first class of AWE, 50 ladies aged 18–35 will be taken through a 14-week entrepreneurial journey with weekly interpersonal training and home sessions through DreamBuilder, a learning platform developed by the Thunderbird School of Management at Arizona University. Besides the training, networking sessions will be organized to allow the participants to connect with potential funders and partners for their business ideas. Those who successfully complete the program and succeed in all the evaluation aspects of it will receive certificates from Arizona University and will become members of the exchange Alumni, a community of more than 50,000 people from across the globe who have already participated in programs funded by the US Government.