Georgia: The school of young leaders

From the 19th – 21st of September 2018, MasterPeace Georgia and the non-profit youth organization Caucasus Youth Nexus implemented a series of training courses under the name “School of Young Leaders,” which is part of the “Youth Reflex 2.0” project.

MasterPeace Georgia focuses on SDG 16 (Peace, Justice, and Strong Institutions) by organizing dialogue sessions for young leaders within several municipalities. The project in September 2018, entitled ‘’School of Young Leaders”, brought together 20 participants from the Marneuli, Gori, and Khashuri municipalities.’ During the program, the participants focused on developing important skills and competencies which will help them to deal with topics as domestic violence and difficult behavior of youngsters towards local police officers.

The trainers were people directly from the field, and the representatives from both the Ministry of Internal Affairs and the Centre for Crime Prevention (Department of Human Rights) paid a visit to the event. They lectured the youngsters on subjects such as domestic violence, violence against women, and the relationship between the police and the youth. In addition, the representative of the Ministry of Internal Affairs explained the organizational structure of her department and swiftly sketched an idea of topics that they work with on a daily basis. Next to that, the representative from the Center of Crime Prevention facilitated an interactive workshop about the government’s policy on crime prevention, development of youth, the importance of individuals and families in society, and the importance of raising civil awareness. They were given tasks to carry out various activities in their municipalities, e.g. to identify the most common challenges, become aware of the youth problems, and work with statistical data and analysis of the current reality. As a result of this event, the participants learned about the importance of teamwork, human rights, rules and obligations, and gained motivation regarding youth activism and inclusion.

Despite the fact that Georgian women have gained a stronger social position over the past couple of years, the problem of gender inequality still exists. This problem is most significantly evidenced by the extent of domestic violence. According to the new National Study on Violence against Women in Georgia, released jointly by UN Women and the National Statistics Office (with financial support from the EU), one in 7 women reported having experienced domestic violence in their lifetime. If one combines all forms of violence, the study found that one in every 4 women has experienced gender-based violence in their lifetime. Of those surveyed, almost one-quarter of women (22%) and one-third of men (31%) believe that wife-beating is justified under certain circumstances. Moreover, almost one-quarter of all women (23%) and nearly half of all men (42%) believe that a wife should obey her husband even if she disagrees. There has been a significant increase in the percentage of women who have reported to the police an act of violence committed by an intimate partner. Also, the percentage of women who believe that domestic violence is a private matter and that no one should interfere has decreased from 78% in 2009 to 33% in 2017.

Caucasus Youth Nexus conducted a qualitative research on “Youth feelings about Justice, Judiciary and Law Enforcement” in 2017. Amongst other subjects, the relation of the Georgian youth to the police was researched that we want to bring into context: the participants of the research all agreed that depriving an underage defendant of his or her liberty would badly affect their future. At the same time, underage young people do not generally realize the consequences that are likely to be caused by their behavior. Respondents considered the following offenses are widespread among young people in Georgia: theft, hooliganism, street brawls, gambling, knife carrying, family problems, drug crimes, violence, bullying, etc. 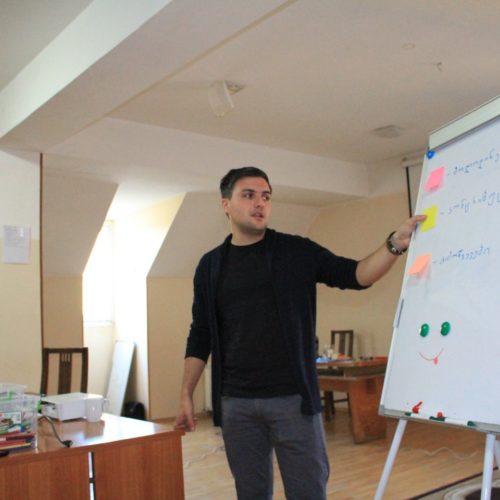 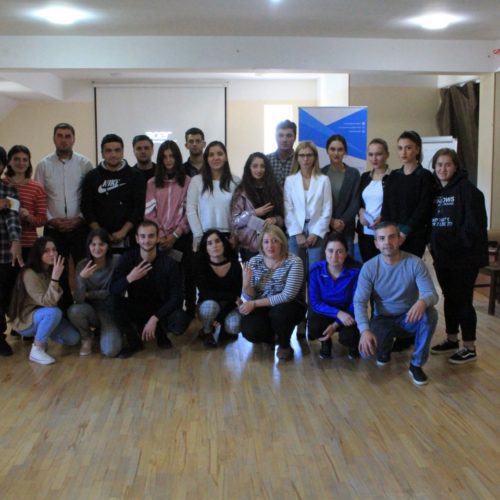 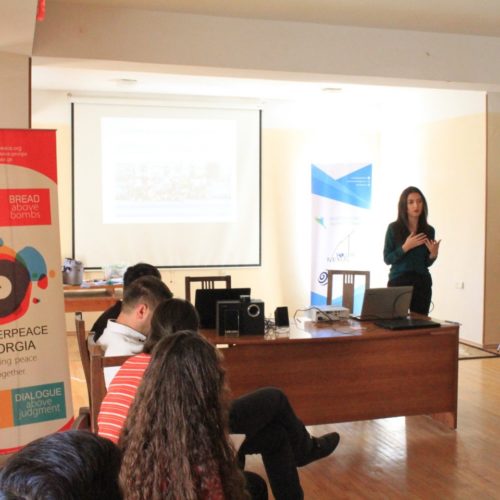 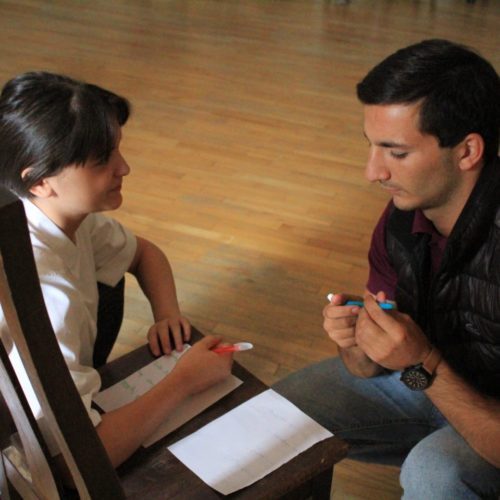