On September 9th, 250 people attended our 6th Great Minds Meeting at the beautiful location of Kameryck!

The central theme of the event was “Freedom to me is …”, which is a personal question, as the perception of freedom (and peace) is different for everyone. Certainly so as the contexts are different as well. Therefore, the answer to that personal question has no right or wrong answers. MasterPeace is active in 40 countries, and from our friends  in Nepal all the way to Colombia, everybody has a different viewpoint on what freedom is to them, compared to how we see it here in the Netherlands. Among the people present at the event were our Club leaders from Georgia, Albania, Bosnia & Herzegovina, Ukraine, Denmark and Germany. Together we are happily and rightfully celebrating 75 years of liberation this upcoming year. For everyone, liberation means something different – and this applies to these Club leaders as well.

This day truly was a day to ACT: act as in “take action” and act as in “Artist Create Together”. This is aligned with our vision that there are 7 billion talents in the world and not 7 billion issues, which focuses on the great creative potential in every person. MasterPeace calls on and challenges everyone to use that creativity and willpower to color their own environment and community (not necessarily the entire world) a little nicer.

The day opened in a beautiful and surprising way. In the dark, Anna Iosko let us hear and feel the power of classical music – in particular, the power of Ludwig van Beethoven – in a wonderfully tranquil manner.

Peace is not the absence of war. It is much more than that. Partly guided by the reports from the Social Cultural Planning Office of the Netherlands, I was then allowed to introduce 7 peace-related dimensions: Equality, Democracy, Freedom of Speech, Reliable vs Fake News, Cyber Security & Privacy, Migration & Integration, Identity & Respect. Creating personal awareness and deepening our understanding of these 7 very relevant themes were the goal of this day.

After a lunch full of wonderful encounters from our growing network, it was time for ACT! during the 7 parallel sessions. All of these started with an interactive poll based on the metaphor of the “boiling frog”. Here, the “boiling frog” means that if the water is already boiling and someone gets thrown into it, they jump out immediately – but when the water starts at a normal temperature and increases over time, the person would not  notice until it’s too late. Hence, they would be boiled alive. During the interactive poll, the participants had to decide about their standpoints in various imaginary situations, “jumping out of the boiling water” if a situation was “too hot” to handle.

Next, a dialogue in smaller groups kicked off. Our starting point was that everyone – and therefore no one – is an expert on these subjects, so there is no right or wrong answer, only variations. At each of the sessions, an artist was present who got up halfway and gathered inspiration from  the participants to express their opinions in a creative form!

After just 1 hour, the groups had devised their joint statement and showcased it showed it off in the plenary during a colorful evening. Mariheula Belt inspired people to create a Tableau Vivant and show what democracy means to them. Mahmoud Alnahas told his personal story as a Syrian refugee, who then continued on to inspire other refugees during his time in asylum centers. Giving them an opportunity to paint their stories. During his workshop the crowd painted individually on their own blank canvas. Visualising what represents Identity and Respect to them. During the workshop our friend and partner Rabijn Soetendorp gave a wonderful personal note, on behalf of the Respect Education Foundation.

Jermaine Bridgewater has the great ability to connect a crowd of 40 people to come together and create a rap song in under an hour, and the audience could sing along to it with full force. Tijl Akkermans and Liz de Bruijn supervised the creation of statements on posters to give their image of freedom of expression. Finally, Achref Adhadhi  showed the unique gift of encouraging people to show images of the complex issues of migration and integration through mime. As a connector, the cartoonist Bastiaan Geleijnse showed us via 7 cartoons of Fokke & Sukke that humor is a strong weapon, and that we should not take ourselves too seriously.

The grand finale was the VanVelzen band, with Roel, Xander and Ralf who made a verse together with 40 people in their workshop on equality. The new verse became a part of the song “Wildfire”, especially written for MasterPeace. In our current Creative Twinning project, our Clubs are working with young people in Albania, Georgia, Morocco and Bosnia & Herzegovina, implementing the ACT! concept to restore young people’s self-confidence and to offer perspective within local communities. The exchange with the Netherlands enables VanVelzen to give local youngsters masterclasses, and create music with local celebrities such as Olta Boke (Albania) and Mara (Bosnia).

I am extremely grateful to Nick Teunissen, theatermaker and ambassador of MasterPeace. As a host, he was creating a safe and inspiring space for discussion by using humor and respect. He sang about his own personal story, as a boy from Almere, living in Sarajevo, appreciating the culture there. Telling us about the battle to express unprocessed emotions.

What a beautiful day! Our goal was to raise awareness about the issues that play a role in our private and business lives today. We tackled serious matters by using all the creativity within each person. I thank all participants and wish them success in their roles of acting for a more diverse and colorful society! 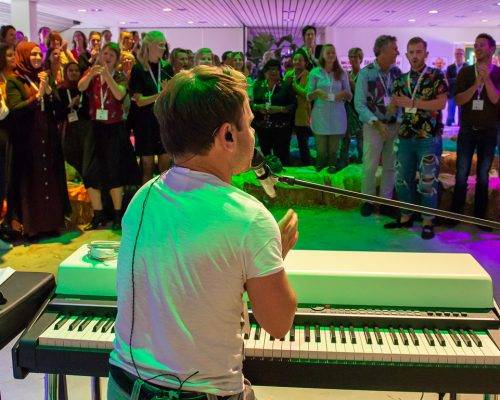 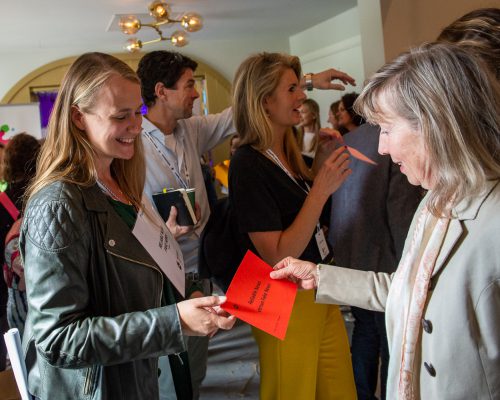 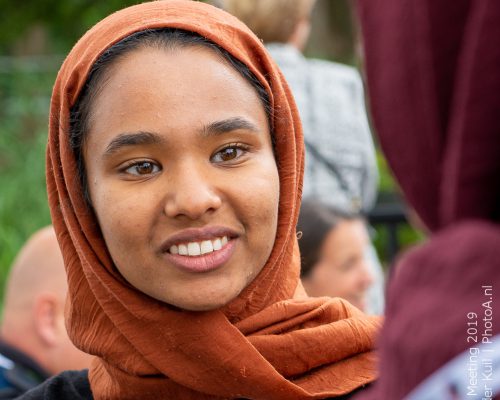 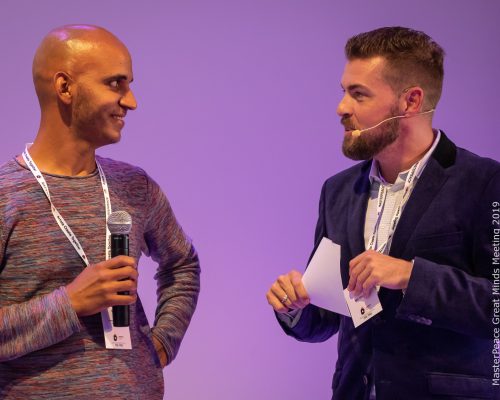 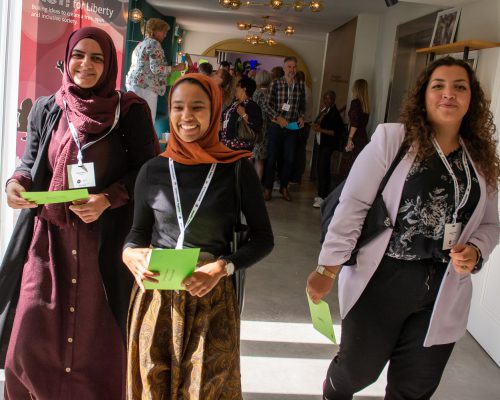 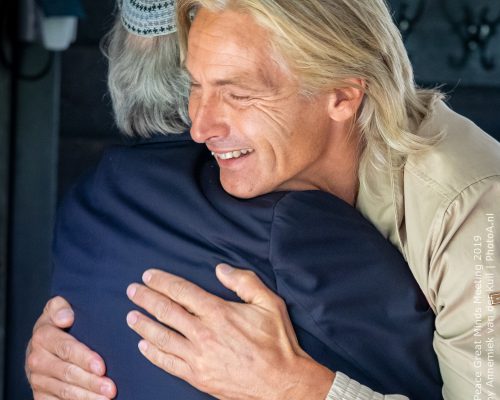 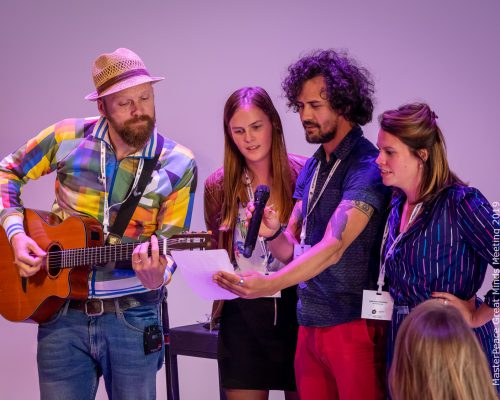 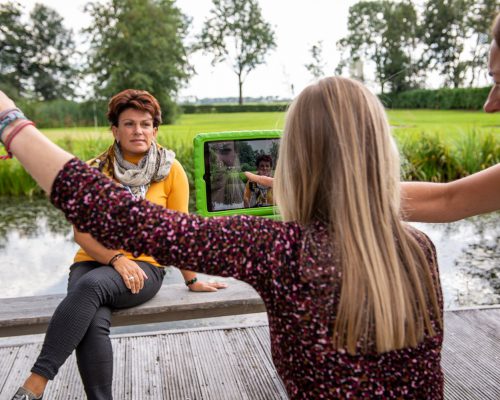 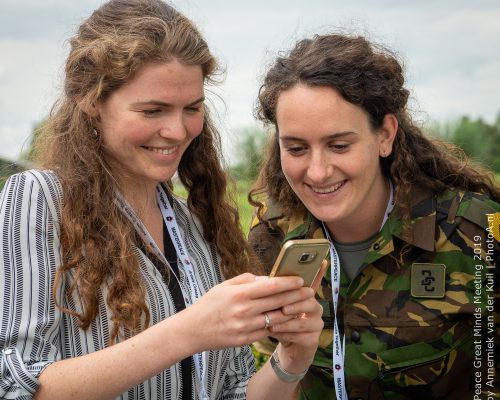