Global warming is a present threat, however, many are not aware. Therefore MasterPeace India-Bhubaneswar organized a Music concert on climate change and peace.

Our MasterPeace club in Bhubaneswar held an event named “Music concert on climate change and peace” through which 150 youngsters were informed on the various consequences of environmental degradation. The event was facilitated via both speeches and songs like the “Earth song” and “Heal the world” by Michael Jackson.

Music as an important vehicle for spreading the message of peace and respect, as it touches every human being.

The spectacle was followed by a dinner, where everyone had the chance to exchange thoughts on the future of the planet and the consequences of negative actions towards nature and was concluded by a motivational speech of the President of Young Men Christian Association of India.

Climate change is one of the largest and most complex problems the development community has ever faced. The impacts of higher temperatures, variable rain, and extreme weather events have already begun to impact the economic performance of countries and the lives and livelihoods of millions of poor people.The Intergovernmental Panel on Climate Change (IPCC) report states, that the impact of a 1.5C increase in global temperatures will “disproportionately affect disadvantaged and vulnerable populations through food insecurity, higher food prices, income losses, lost livelihood opportunities, adverse health impacts, and population displacements”.

India stands to be one of the nations most significantly affected, given its large population and levels of inequality and poverty. If exposed to the kind of destabilization the report talks about, the impact on India could be devastating. For one, deadly heat waves – similar to one in 2015 that killed thousands of people in India and Pakistan – could soon become the norm, with the eastern Indian city of Kolkata (Calcutta) and the southern Pakistani city of Karachi likely to be the worst affected. On the other side, sea level rise will have a disastrous impact on the country, given its wide coastline, and the number of people who live close to and depend on the sea for their livelihoods.

Even though the report says that it is not too late to reverse rising temperatures and diminish some of the harm, it will not be easy to do for countries in South Asia, which are largely developing economies with limited resources.

India is under pressure to sooth climate change by controlling emission growth. But it will also need to adjust to increased water scarcity, floods, droughts, cyclones and other natural disasters. The solutions for these problems need to be thought about today!

India has one of the largest youth populations in the world, about two-thirds of its population is under the age of 35. That’s why it is crucial as well, for meaningful long-term change to take place, that conversations on climate change must include youth voices. And because South Asian countries lack the capacity to solve these problems on their own, international cooperation is all the more essential.

Informing and motivating 100-150 people on the effects of global warming.
Spreading happiness and awareness through life music.
Bringing peace and solidarity amongst the youth.
Speeches inspired everyone and made aware about the current situation of our environment and how to tackle it within the near future, spreading peace and solidarity all over.

Motivated the youngsters to protect the environment in best possible ways.
Inspired everyone to start taking initiative.
The project had an amazing impact on the participants happiness and peace by the soulful performances by the singers. 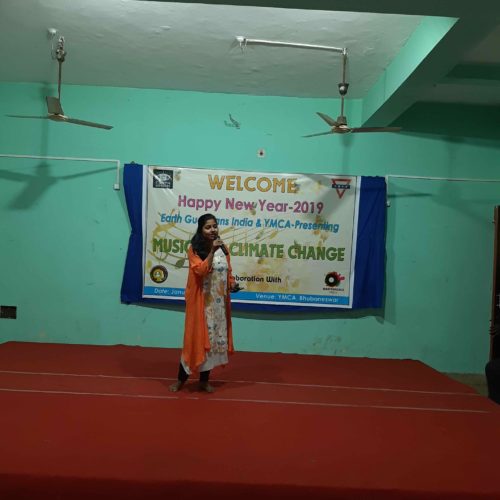 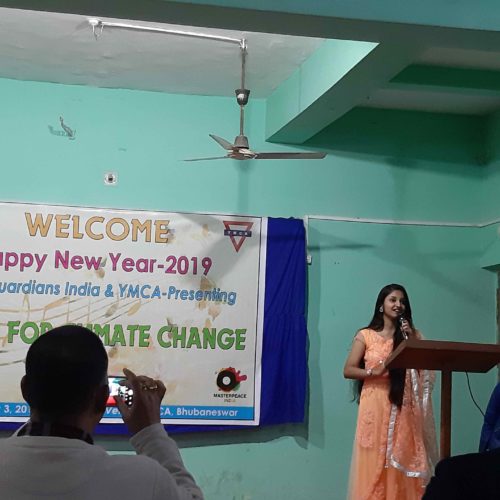 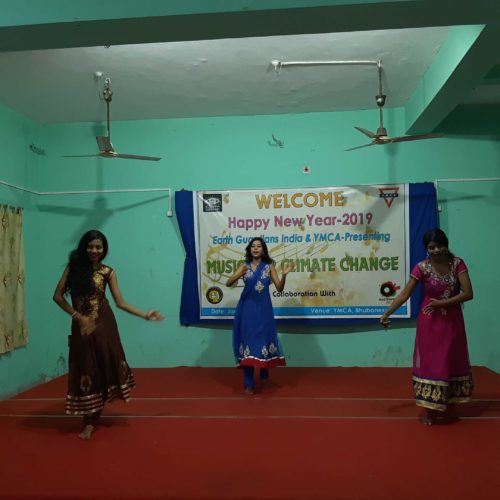