In furtherance of the Sustainable Development Goal of SDG 16, Masterpeace Zimbabwe and Discover Zimbabwe implemented a 4-month long peace project in Nyagundi Ward 34 of Mutare Rural District, which consisted of workshops, sports and activities of environmental education. The project was implemented with the objective to transform conflict and build peace in a community characterized by widespread politically orchestrated political violence and gross human rights violations.

The project targeted youths, who have been viewed as major perpetrators of political violence. They often fall victim to power-hungry political leaders, who use them to target other youths and their fellow community members. However, the project recognised youths in Ward 34 as change-agents and critical actors in preventing conflicts and building peace before, during and after the election’s periods. Inspired by the 3-day Peace Ambassadors Bootcamp at Toronto Institute in Penhalonga, Mutasa, Masterpeace Zimbabwe and Discover Zimbabwe scaled it up and implemented the Peace Project in aforementioned community. The project was fully packed with comprehensive activities including 6 peace building workshops, sport events, destruction of the evasive species of lantana cammara and planting trees as the development aspect of the project.

Peace-building workshops
MasterPeace Zimbabwe and Discover Zimbabwe conducted 6 peace-building workshops – that is two at each of the following areas of Nyangundi Ward 34: Chinota, Mhangaurwe and Chiwere. Peace-building workshops were implemented as a foundation to make the youth understand conflict and the importance of peace for personal and community development. Facilitators of these workshops presented various topics around peace-building, including types and nature of conflicts, conflict resolution, and conflict transformation and dynamics. Topics presented by facilitators enhanced peace-building techniques and leadership skills of the participants. Workshops were conducted in a participatory manner and youths were provided with essential tools that they need to become more effective changemakers. More importantly, these workshops created spaces for youths to express their opinions towards politics and violence. MasterPeace and Discover Zimbabwe also showed how films can serve as important icebreakers between clashing sides and as a first step to bring conversation and dialogue between conflicting parties.

Sports
According to United Nations (2013), sports serve as an icebreaker between parties in conflict and open up channels of communication that have remained shut by war and instability. In this regard, the project roped in Ministry of Sport to initiate and spearhead sporting activities. Since sports have the ability to reach a massive audience because of the large capacity of sporting events and the broad range which accommodates many individuals of different political divides and beliefs, this particular project managed to mobilize 10 football teams and 6 netball teams.

Sporting activities started the very day when the project was launched at Chiwere centre in March 2019, after which the teams were given enough time to prepare for the grand tournament through friendly matches. Mixed-sex sporting was also seen taking place in some instances. This offers an avenue to learn skills such as discipline, confidence and leadership. Additionally, tolerance, cooperation and respect for others were also fostered through the positive interaction with others: no fighting, pushing and violence took place during sporting activities.

Strategically, MasterPeace Zimbabwe and its supporting partners created games that intentionally cause frustrations arguments for the players. This has been helpful for teaching conflict resolution skills by allowing participants to practice good communication skills and find a solution together as a team without the use of violence.

The final grant tournament was held on July 2019 at Chinota Primary School, where the Nyangundi team won the football tournament whilst netball was won by Chiwere stars. All participants were awarded with tree seedlings whilst first runner-ups of the 2 disciplines where awarded balls and T-shirts and tracksuits.  Children and the elderly were also seen supporting their teams of choices.

Destruction of lantana camara and tree planting
It is often an article of faith in development circles that community participation is a prerequisite for successful projects (World Bank, 2010). MasterPeace and Discover Zimbabwe with invaluable support of TelOne and Environmental Management Agency facilitated the destruction of alien evasive lantana camara plants and plant fruit trees. As part of the project activities, participants together with the ward and village were taught and informed about the environmental effects of lantana camara which densely populate in Mutare Rural. Participants were informed that lantana camara in agricultural areas or secondary forest can become dominant under storey shrubs, crowding other native species and reducing biodiversity.

This activity was particularly important by instilling a sense of community ownership and acceptance of success and failure of the entire project. The action resulted in destruction of an estimate of 3 hectares of lantana camara along road sides, school premises and homesteads. In a bid of regenerate the depleted forest, the project introduced planting fruit trees like grafted orange, mango, guava and avocado pears. The direct implant was the planting over 3000 seedlings which could be of much benefit to the community through health promotion, food and income generation.

In four months that the project stretched, it benefited almost the entire ward 34 citizens including children, youths and adults. Children from Chinota, Mhangaurwe and Chiwere primary school got tree seedlings for planting at their homes besides those given to schools. These schools constitute about 1500 children. From the recorded statistics, the number of youths and adults who benefited from this program were 951 (49.1% women, 50.9% male).

Before the initiation of the program by MasterPeace Zimbabwe, Mutare rural citizens were not completely at peace due to high rates of conflicts driven by the economic, social and political nature of the location. It was through MasterPeace that citizens can now witness a meaningful social change in terms ways of resolving conflicts within their community. This helped to bring peace and decrease crime rates within Mutare rural Ward 34. 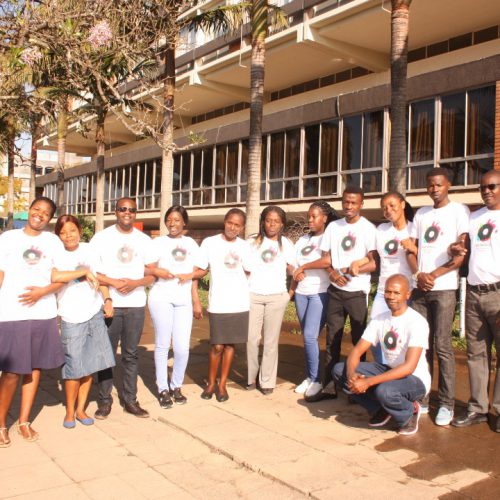 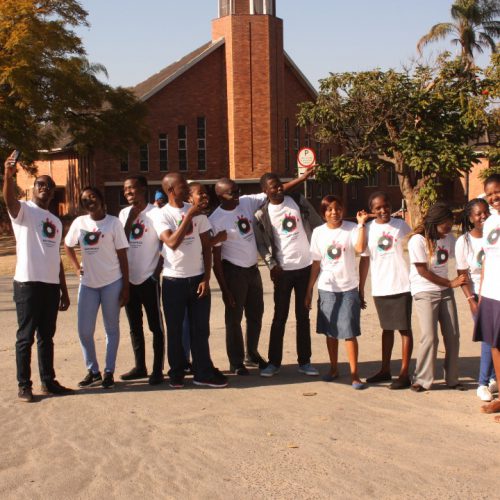 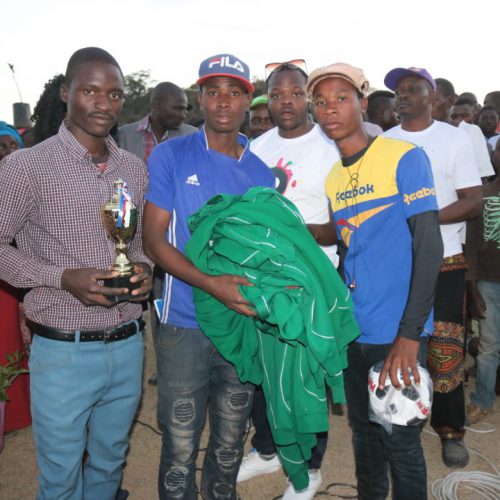 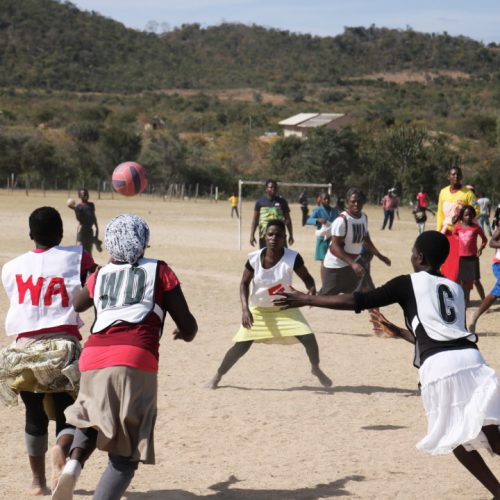 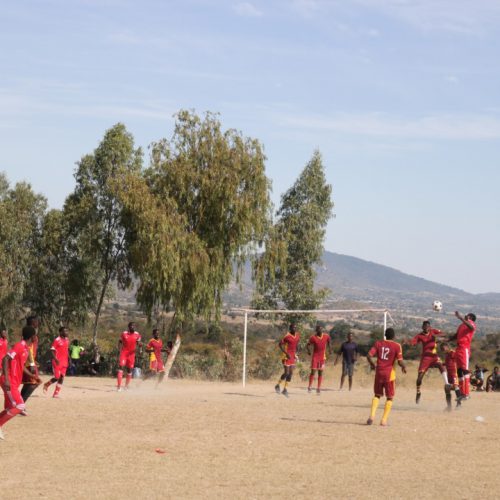 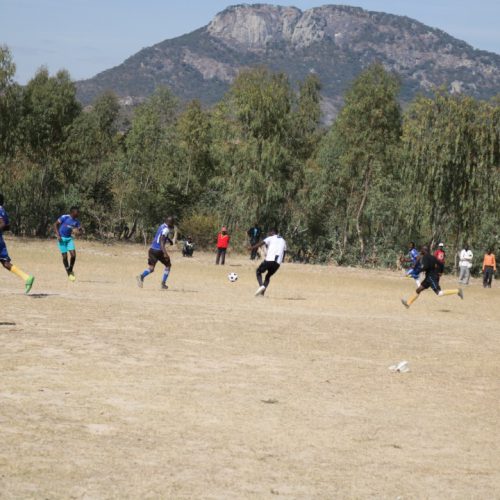 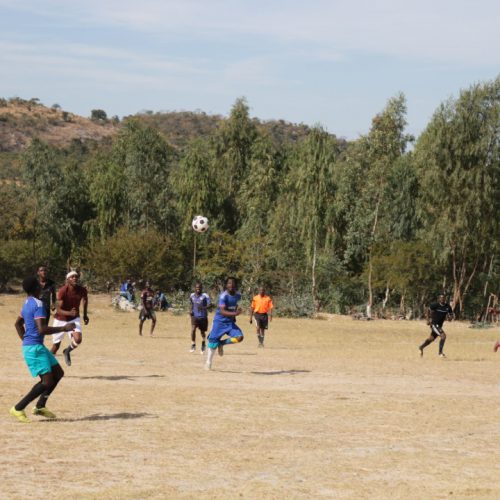 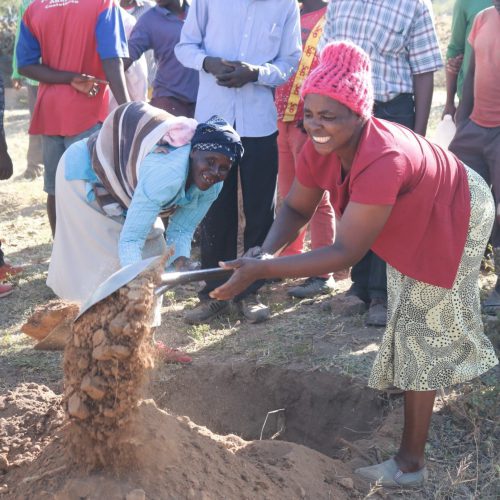 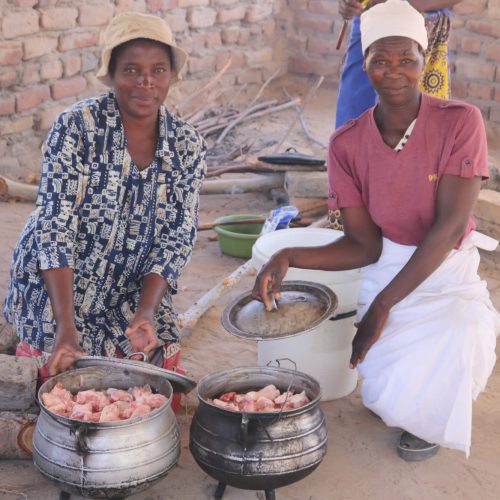 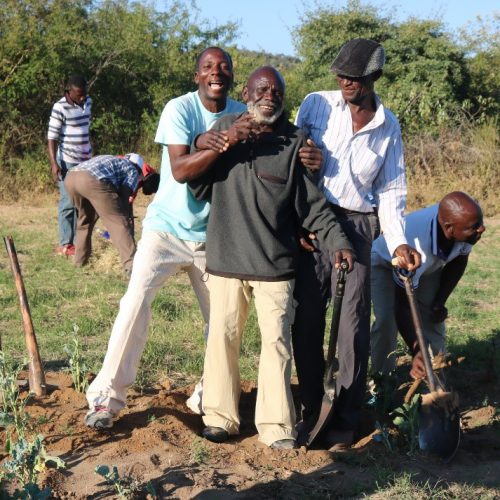