Morocco: 10 lessons we can learn from 100 young Moroccan and African people to help realise a lasting transformation 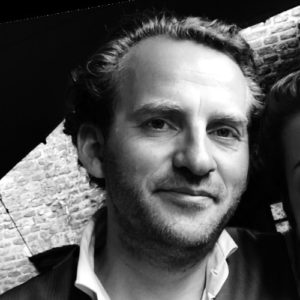 These past few days I witnessed a (r)evolution; an unstoppable development that will make all the difference. A development driven by positivity.

In Africa I witnessed the empowerment of young people; highly educated men and women who express their opinions, want to be heard, make a difference, take responsibility. Not as employees of a company, but as individual citizens. As Africans. To prepare Africa for the future. To tackle the challenges faced by young people. And there are a lot of them – in 2016 there were 1.26 billion people in Africa. The youth has the future: 67% of the population (34% of men and 33.7% of women) are under the age of 30. That’s 153 million people who are younger than 30! In 2016 Europe only had a total of 740 million inhabitants. And the rejuvenation continues in Africa. Whereas in 2050 the median age in the Netherlands will be 46, in Africa it will be just 25!

This past weekend I had the opportunity to represent MasterPeace, together with Aart Bos, at the African Youth Leadership Summit 2019. This Summit was held in Zagora, a medium-sized city in Eastern Morocco, where 100 young African leaders came together. This AYLS was organised by MasterPeace Morocco, a team of seven passionate young leaders who give a voice to today’s youth and who invite speakers from the Moroccan Parliament, from South Africa, Tunisia, Kenya, Ghana, London and the Netherlands to help inspire, learn and connect. The themes, which we determined, among other things, with the aid of an online Synthetron dialogue, are challenging. In no particular order: Increasing access to education, Boosting entrepreneurship, Equality between men and women should be indisputable and Realising inclusion. 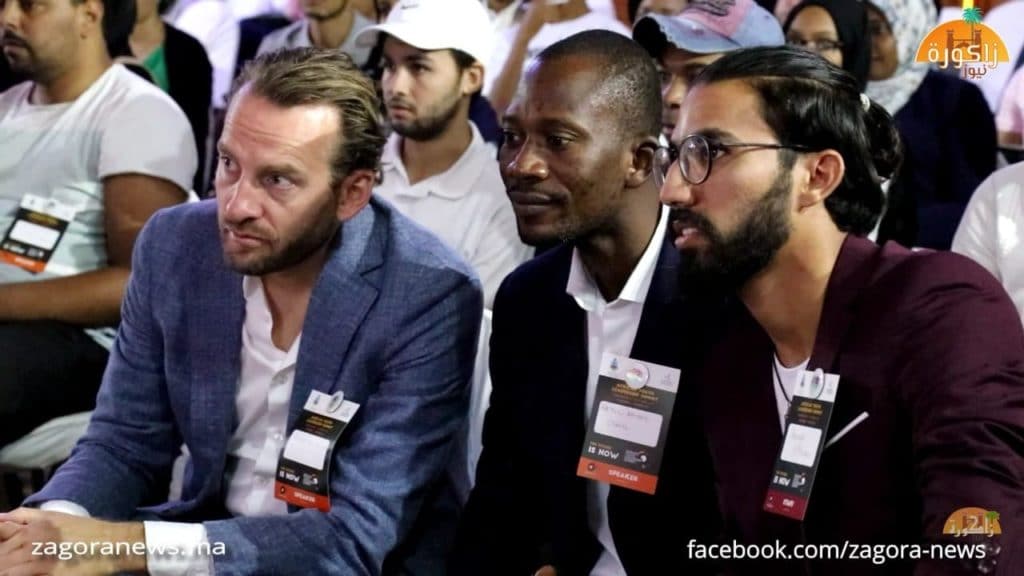 From the people in power he heard a lot of empty compliments about youth having the future. He stood up against them. The future is now. Your choices and actions determine your future; that is Peter’s motto. The wisdom of a Mas terPeace member from Nairobi.

Lesson 2. Create the future by facilitating the dialogue

Storytelling and dialogue were the focal points during the two-day leadership Summit. The stories of speakers who touch, inspire and connect. Wisdom that is shared. Then it’s about internalising this wisdom to create new opportunities. The MasterPeace Morocco team provided interactive workshops in which everyone had a voice. New ideas were formulated through brainstorming sessions, and via the Business Model Canvas concrete business plans were created and new activities developed that contribute to solving the themes.

Lesson 3. Be the change you want to see

The team had devised an excellent discussion for the opening panel. Two young women – one from Tunisia and one from Morocco – plus a female Member of Parliament shared their stories, their dreams and the things they have been able to realise in the past few years. What they stand for and what they believe in. The first questions came from a number of African men, and afterward Aart articulated this eloquently in his speech: this was the first time women were asked for advice. Daring, going against tradition and very powerful.

During lunch a teacher from Zagora asks a question. He is hoping to open a library. He teaches English to the kids in his classes, but he only has the workbooks. He has the basic idea, but isn’t sure how to give shape to it. Aart asks him a number of questions: Do you have books? Yes. Do you have a network of alumni? Yes. Can you ask them for books? Yes. There’s the solution. Inspired by this possible first step he asked the Summit participants for books and before lunch is even finished he has 26 e-mail addresses from people willing to give him books. Aart gives him a platform and shares his success. He has filled his first bookshelf. In turn, this act of sharing creates new opportunities. During a break one of the participants explains that the Consulate has a lot of books but isn’t sure who they can give them to. We establish the connection. Often, the opportunities are closer than you know.

Abdul Rashid Shaibu from Ghana shares his impressive story. He is a successful entrepreneur in his home country. With his company and his friends he wants to make a local contribution. Self-financed and getting results first, is his motto. He is greatly touched by the suffering of young orphans. Together with friends he organises health checks and refurbishes buildings in poor areas to turn them into schools, creating a safe environment where children can learn for free. This year he also wants to organise a Christmas party for 270 orphans aged 2 to 15 who live with a woman who helps these children. Everything is subsidised by his friends. So far they have managed to help 1000 children already.

Lesson 6. Get important stakeholders involved in the dialogue

The Summit was opened by the local Vice President of the region with a powerful and well-prepared speech, in which his pride of ‘his oasis’ shone through. As we have already mentioned, Touria Lahrech, a Member of the Moroccan Parliament, was one of the speakers as well. Touria Lahrech was planning to attend for a few hours, but she was so motivated by the strength and energy of these young people that she stayed for the entire Summit. She promised to support the local business plans and help the group realise their plans. There is a large gap between the government and the country’s young people, but the MasterPeace team has shown how this gap can be bridged.

Lesson 7. Language is never a barrier

I would estimate that around 60% of the participants did not speak English. To my surprise virtually every participant was fluent in French. The MasterPeace team had a solution for this as well: three young, talented team members translated what was being said – sometimes for the entire gathering and sometimes just for people like Aart and I, who only speak English.

Lesson 8. Lasting connections are made by having shared values

Among other things, the workshop about networking addressed the value of people as individuals. Not value in a financial sense, but the human value. Sharing and expressing this value is crucial in the collaboration. It’s through shared values that people find each other and make lasting connections. During the workshop people shared their values with others, which resulted in great conversations – irrespective of language, background or age.

The entire Summit was organised locally, by a local team. MasterPeace facilitates the development of teams, and the talents of the team members, in 56 clubs in 40 countries. In these countries they are responsible for their local projects, network and contacts. The team in the Netherlands provides support through coaching, concepts, sharing best practices from other regions, and facilitating boot camps to grow and develop. Everything is based on a common mission: mobilise, inspire and connect talents for a sustainable future and core values: positivity, impartiality, co-creation and “walk the talk”.

Lesson 10. Make someone the owner of the plans that emerge

During the two days of the Summit a group of 40 men and women used three workshops to explore the challenges in Zagora, devise solutions and link these solutions to business plans. What stood out is the fact that the plans relate to establishing co-ops to be able to sell the surplus food production by working together, by jointly handling the sales and marketing, through the development of online platforms for the sale of the products and through facilitating the transport. The young people know a lot about and can see a lot of opportunities in online platforms, apps and websites. Investments in automation are also being considered. Currently a lot of agricultural practices still involve manual labour, such as picking ‘the best dates in the world’, which involves people physically climbing high trees. Two people came to present the plans. You could see the ownership in their eyes.

News stories were created and are being shared. In the next few months the local participants will get back together and share the results, challenges and successes. MasterPeace Morocco provides the platform, the dialogue, the confidence and the network. These are its contributions. Local for Local. A (r)evolution always starts with the first step. These 10 lessons learned for realising transformation are more topical than ever before, and they apply to the transformations in our own organisations as well.