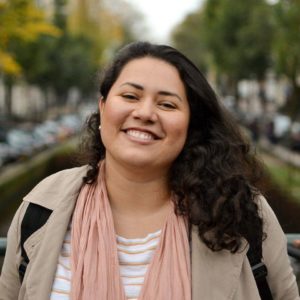 The Club called MasterPeace Nepal – Hami DajuVai has joined has joined us in 2019 with a special and complex mission: working with boys and men to fight the patriarchy through changing masculinity norms. The local NGO which joined as a Club – The Nepali Brothers – have been working in Nepal and engaging with several men to understand to which extent patriarchy can harm themselves. They are a team of 25 men – from which 9 are MasterPeace members – who believe in our mission to engage youth and promote peace. Sanjog, the club leader, highlights that the definition of Peace should not limit on war and weapons, but state need to ensure respect to each other, promote diversity and commit to ending violence and discrimination.

The catalyzing idea emerged when, after observing the work of several NGOs on gender, they realized a huge gap. Men were only a part of feminist movements when they spoke up for women. What if he challenged this concept that men are at the center of power? Sanjog, who had a background in child rights and had read about sexual abuse happening against boys, wanted to engage men and boys to promote empathy. It was important to go beyond, to understand the intricacies of how men are affected by and triggered by patriarchy to perpetuate violence. The Nepali Brothers had a vision that men should be a part of the gender justice movement, not to speak for women or defend men’s rights, but to challenge and provide a platform for men to open up and deconstruct preconceived ideas of masculinity in the country.

Encouraging men to open up

The Masterpeace club in Nepal has been active for 9 months and it is slowly building their vision. According to Sanjog, they are dealing with a very delicate topic that requires a series of deep discussions before they establish all their activities. So far, they have implemented 15 discussion groups with men called #weMEN Club, where young men around 17- and 20-years old meet in person to discuss topics of gender justice, feminism, patriarchy and other issues affecting them. Soon, they want to implement training activities for men around the theme of paternity dealing with topics such as pregnancy and how to care of a newborn.

It all started with a lot of research – they contacted lawyers, survivors, police, etc. The Club leader admitted having visited his own life story to understand better how patriarchy shaped him as a man, realizing that men do not have the habit of talking to each other and sharing their own stories. He decided then to create a Facebook group where men could share their individual stories, problems and sorrows anonymously. They needed a platform to express themselves, to be vulnerable and to be heard.

After the Men’s Day in 2018 – the first in Nepal at that point – they reached even more people that encouraged them to adopt a more formal structure. The Nepali Brothers then started to promote face-to-face discussion with friends and acquaintances before escalating to where they are now.

The challenges of a sensitive topic

It is definitely not easy to introduce concepts such as gender justice in all male environments. At first, some reactions to their march on Men’s Day were not as welcoming, but throughout the time they have seen public opinion changing. Nowadays, men engaged in the movement have shared how much their perspective have changed. They have been more careful about how they voice their own opinions, especially on social media.

Due to its unconventional approach, the Nepali Brothers conduct a lot of restructure reviews of their own work, slowly building a new concept that men can also be harmed while being very cautious and respectful towards other feminist movements.

One of their major achievements as a movement was to be appointed as one of the members of the Male Leaders Network – a group of men challenging harmful social norms and gender stereotype and promoting social change. The network is established under the Ministry of Women, Children and Senior Citizen, Government of Nepal. This platform gave them the opportunity to promote gender justice and men engagement at a national level, discussing topics of masculinity and feminism.

As per their ambitions, the Nepali Brothers are looking to engage more men into gender friendly policy and programming. They wish to work towards a more inclusive approach along with partners from the development sector, raising consciousness within the industry. In order to do so, they have been searching for funding opportunities. Whereas as a long-term impact, they wish to promote change to lives of women and girls through the empowerment of men. Instead of raising girls to fight back, they want to raise boys not to harm. Along the lines of “put your oxygen mask on first”, the Nepali Brothers send a very important message through their work: empower yourself first, then act to empower others. 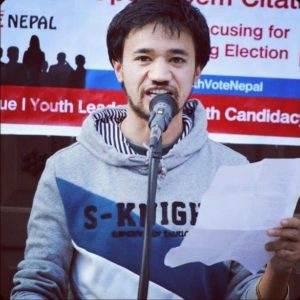 I am a Feminist, Poetry adorer and Theater Artist who has 24 years long experience working with Children and Young People with special focus on Right to Participation, Protection, Gender and Governance through Capacity Building, Policy Advocacy and Research. I am a Club Leader of MasterPeace Nepal-Hami DajuVai. I believe Gender Inequality and Peace are interconnected dimensions of our society which most of people missed to recognize which brought me to this MasterPeace legacy. Please Excuse me for my LOUDLY laughter there 😀