The Netherlands: Students and artists creating together

Vleuten, Utrecht, The Netherlands – They came, they saw, they inspired, and they created. Two hundred students of the Amadeus Lyceum in Vleuten, Utrecht commenced on a journey in their chosen art form, and together with the partnering artists they created pieces inspired by the United Nations SDGs (Sustainable Development Goals). Music, dance, theater, creative writing, spoken word, film and photography are part of the pieces that they will perform and show off to their loved ones on the 20th of December 2018.

In the morning, some students were still strangers because they were in different classes, but during the workshops, you could see them slowly warming up to one another. It’s just what art does to people, it brings them together. And that is why we as MasterPeace have art as a binding factor to connect us all. So we created the concept ACT! (Artists Creating Together). Today the students were the artists themselves, as they created art through understanding, teamwork, and some help of the professionals, guiding them through the process.

The concept of ACT! first surfaced about two years ago in 2016, when MasterPeace came up with the idea based on shared best practices from our Clubs around the world. This project is a call for people to act and participate towards realizing the SDGs in a creative way. So we started off with a pilot in The Netherlands at the Amadeus Lyceum. After careful planning and execution, we were finally ready to kick-off the project on the 12th of November 2018, and the project will continue to other parts of the world under the umbrella of Creative Twinning.

The first round of lessons involved an introduction with an uneven amount of chocolate on each table. Why uneven? Well, because the world is uneven, still to this day. We wanted to get this point across to the participating students to make them aware of situations or reasons why the world is that way. To get them to think in solutions instead of problems. So we explained to them what the SDGs are, the history of the United Nations, and why it is important to help out in your own community.

The second round of lessons were in the form of debates. The classes were split into five groups, with each group having their own continent and SDGs to work on. They were given four SDGs per continent, and each SDG was accompanied by a fact concerning that continent. For every fact, they needed to come up with a solution by creating dialogue and debate on what the best answers are. The lesson here was that one may know the correct answer, but with more than one person, we can come up with a great answer. Together we strengthen one another and open each other up to see new possibilities and perspectives, when looking at the same exact idea or fact. The students did this and came up with a whole chain reaction of answers and solutions. This exercise was carried out to broaden their perspectives and knowledge on different parts of the world, and explain how they can start making a change locally. Because it all begins with our own surroundings.

It starts local before we go global

Fast forward to a week later, various workshops took place today. One of them is the dance workshop given by RUMAG Dancecrew. Over 40 students joined from different classes as the crew of RUMAG taught them some new moves. With high concentration and high energy levels the students delivered. They learned two new dances. The first dance accompanied with the legendary song called “They Don’t Really Care About Us” by the late Michael Jackson and the second one with the hit song “Cold Water” by Major Lazer ft. Justin Bieber. During the dance, there were several instances where trust in each other was of vital essence. Some of the moves included a split in the air where the student was supported and held by the others, while another move included a backflip, also with the support of the other students. The final move was a cartwheel with four people alongside each other. Talk about teamwork!

While the dance group was off dancing, the theater group had a session with Hakim Traïdia (from Sesame Street) doing some comedy pantomime. They were being split into groups, and each group had their own subject. For example, one group studied in a short performance on SDG 14 “Life Below Water”, where they performed what impact plastic has to the sea. Another group performed a short mime with inequalities as a main subject.

Next up, we have the rapping workshop by Jermain Bridgewater. The students participated in a rhyming exercise to warm them up before teaming up in smaller groups to discover their opinions, thoughts, and visions about the SDGs. These ideas were put into text and immediately tested on the flow of trending songs by famous Dutch rap artists like Boef, Lil Kleine, and Ronnie Flex. So much positive energy!

The future of ACT!

MasterPeace was awarded the Creative Twinning grant from the Netherlands Enterprise Agency (commissioned by the Dutch Foreign Ministry) with the goal to realize change and transformation through culture in 5 countries. During the next two years, MasterPeace teams in The Netherlands, Albania, Bosnia & Herzegovina, Georgia and Morocco will be working in close collaboration to empower the youth and minorities in these countries. MasterPeace with its innovative concept ACT! will mobilize art as a tool for social change through four building blocks of music, street art visualization, storytelling and summits, with an inclusive approach of involving marginalized groups as active participants in the project.

The Creative Twinning is a subsidy scheme that assists the development of cultural activities in countries bordering the EU, representing a great chance for ‘twinning’ Dutch social and cultural players with their counterparts in these countries. The goal is to create large-scale collaborative art projects with social impact that can be copied as a best-practice format to more countries globally. 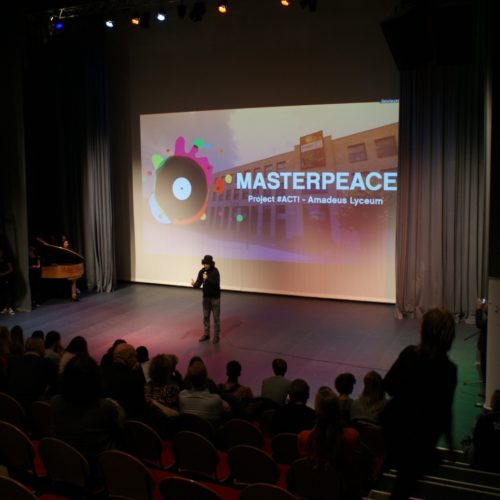 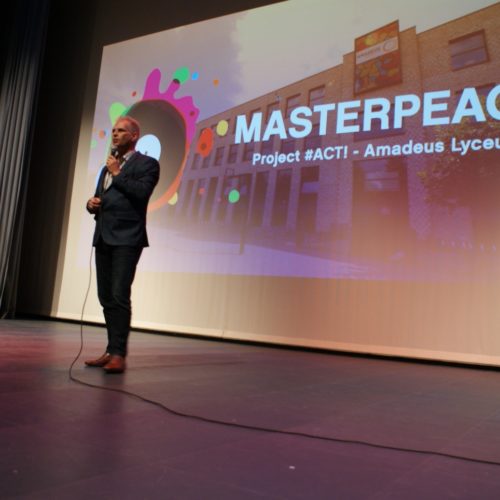 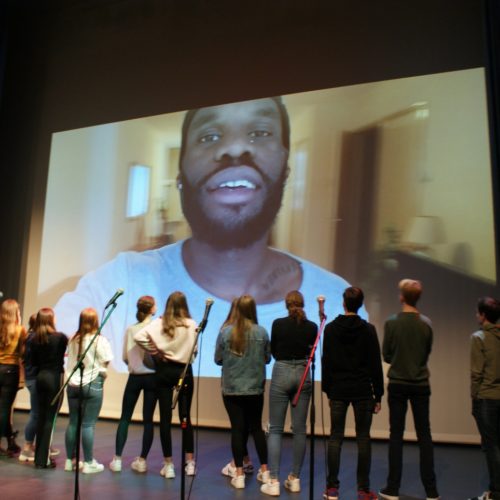 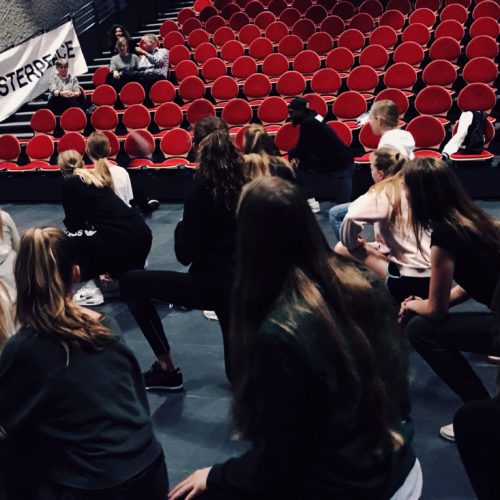