Utrecht youth deploy talents for their city without walls 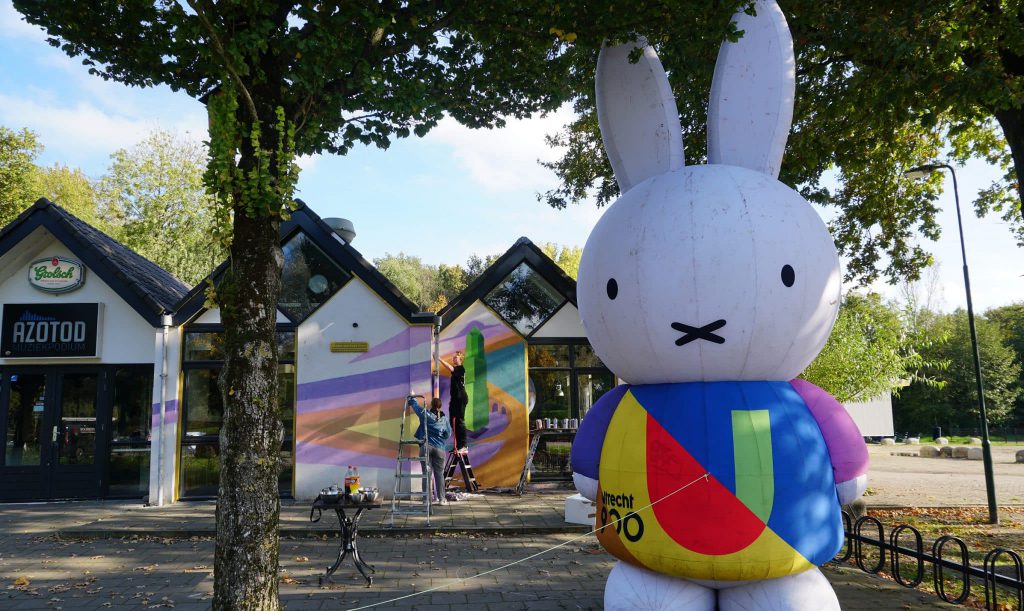 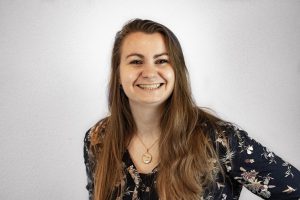 Utrecht’s 900th birthday is festively celebrated. All of us from MasterPeace are also celebrating. MasterPeace was founded and based in Utrecht and we can’t pass up the opportunity to honor this beautiful city.

In the period from June 2 to November 11, 2022, we organized creative boot camps for youngsters between 15 and 19 years old, with the theme; “city without walls, full of talent”. The goals of the boot camps were to create perspective for the young people and to stimulate social cohesion and active citizenship.

The youngsters have discovered their talents and immediately put them to use for an even better, more inclusive and sustainable city. The boot camps were held with 145 youngsters from different neighborhoods in Utrecht. We worked with two third-year MAVO classes from Gerrit Rietveld College, VWO5 students from St. Bonifatius College and youngsters from the Leidsche Rijn and Vleuten-de Meern districts at Azotod.

When we heard about the theme of the celebration “city without walls”, we immediately thought of our “Walls of Connection”. A project in which we transform walls, which are intended to separate people from each other, into walls of connection by bringing together different youngsters from the city to visualize their dreams about Utrecht as an inclusive sustainable city. The youngsters had graffiti workshops given by professional graffiti artists in which they made visualizations of Utrecht as a city without walls.

Following the visualizations of the youngsters, the artists started making a design for an actual mural. For example, Robert Brink (De Verfdokter) made a design of the creations of the students of the Gerrit Rietveld College for a mural at ‘Toekomstpunt’ on Voortrekkers Dreef. He also designed a mural for Azotod based on the input of young people from the Leidsche Rijn and Vleuten-de Meern districts. Munir de Vries has made a design based on the visualizations of the students of the St. Bonifatius College. See the results below. At all three locations, the youngsters helped the artists with the actual spraying of the wall.

On Wednesday the 14th of  December we officially opened the ‘Wall of Connection’ at Muziekpodium Azotod. A great moment to look back on the project together with the youngsters from DURF!, Azotod, the Verfdokter and other partners. ‘U in de wijk’ were also there to capture the moment. Watch their video here.

The character steps out into the wide world, towards the unknown. The origin of the idea lies with the youngsters of the St. Bonifactius College. During the graffiti workshop they expressed sympathy for the Utrecht Pride and thought it was important that everyone dares to show themselves. That’s what this work is about, a character who steps into the light.

The visualizations of the dreams about Utrecht as an inclusive sustainable city of the students of the Gerrit Rietveld College form the basis of this mural. A city in which we are connected and work together towards a bright future. The wonderful initiative of ‘Toekomstpunt’ fits in very well with this theme.

Accessibility and fair opportunities for everyone are central to this work. With the Dom tower as the center point, I have depicted different roads to the center. The walls are walked on, forming bridges and passing through gates and tunnels. All a different route with the same end point

In addition to the beautiful Walls of Connections, the youngsters from the different neighborhoods have converted their ideas about their city without walls into a rap. They did this during the rap workshop led by rapper Jermain Bridgewater. Each group of youngsters has written a verse of the rap. Jermain started in June at Gerrit Rietveld College, where the students chose the beat of the rap and wrote the first verse together. The students found it very exciting and a bit scary,  but overcame their fear and even recorded their lyrics themselves in the recording studio at BOKS in Overvecht.

In October, the youngsters at Azotod and the students of the St. Bonifatius College wrote the second and third verse. They also went into the studio to record the rap. The rap is not only in Dutch, but also contains lyrics in Ukrainian, specially sung by a Ukrainian refugee.

The youngsters rap about their ‘city without a wall, with more than one culture’ as a place where everyone is welcome and can feel at home. They also see Utrecht as a city where people are connected; “Old walls, young people. connected in this large village without borders’, and where we work together towards a sustainable, beautiful and inclusive future; ‘one for all and all for one in Utrecht, Utrecht has room for everyone, that is Utrecht’.

Listen here to the rap on soundcloud here.

On Friday 11 November, the celebration of Utrecht 900 Years was festively concluded. The Sint Maarten parade ended in the Moreelsepark, where Jermain was ready to give a spectacular performance. Jermain and I were given the honor of presenting the ‘City Without Walls’ rap. Dmitri from Ukraine was also on stage to rap his lyrics live for a very large audience. The rap was well received and the audience sang along enthusiastically. 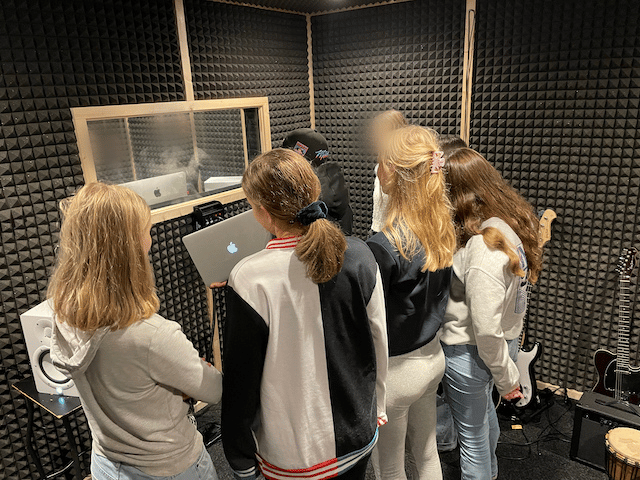 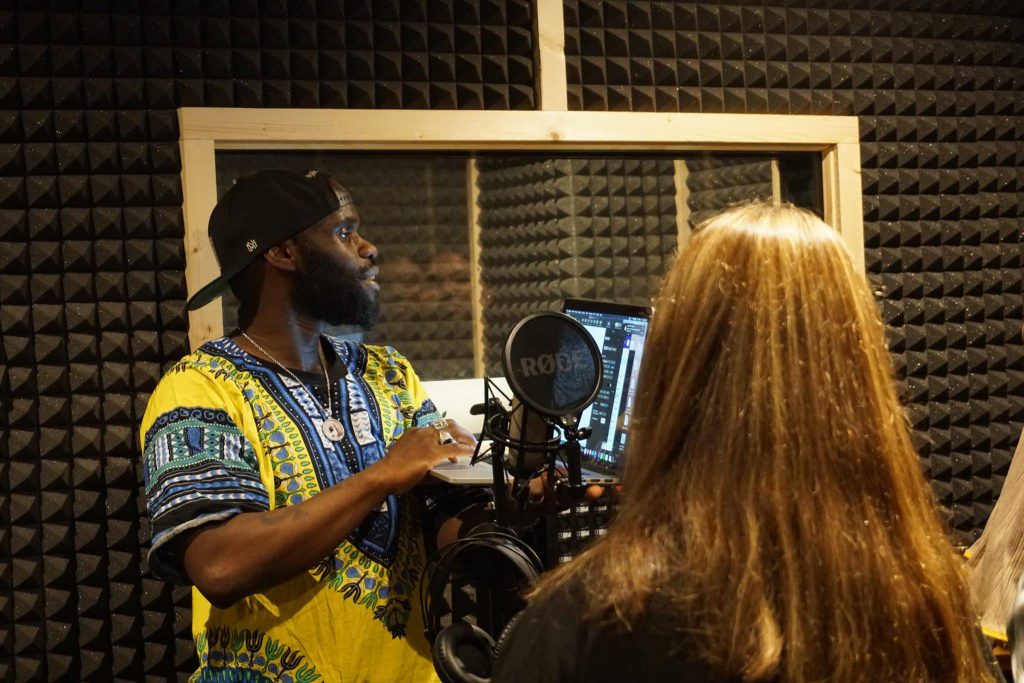 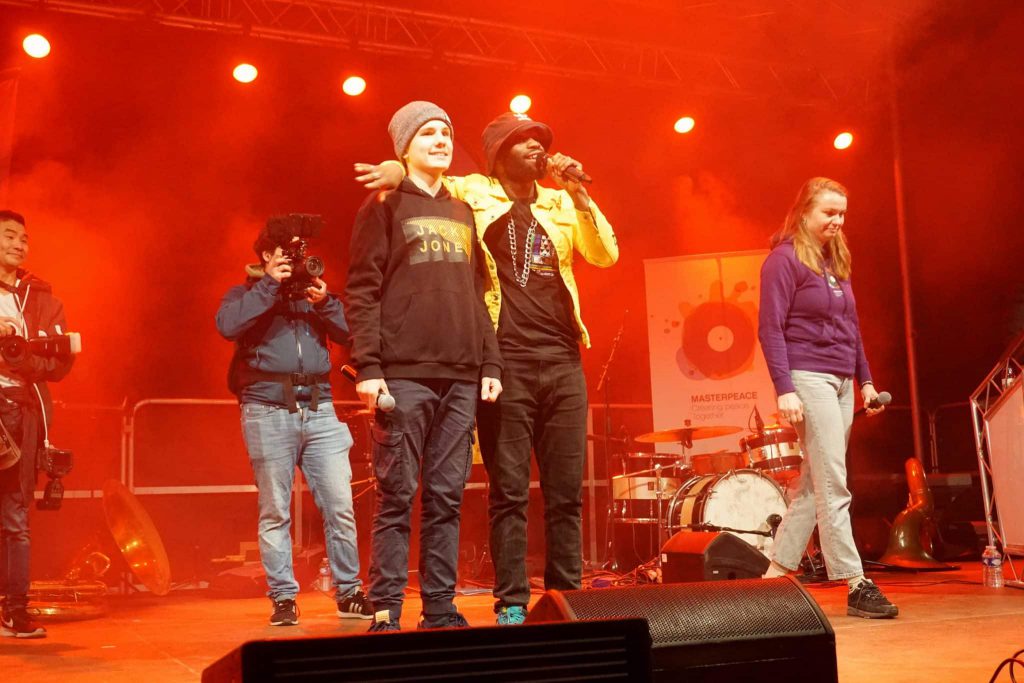 Neighborhood actions and advice for the mayor

Finally, in addition to their creative excesses during the graffiti and rap workshops, the youngsters have also shown that they are active citizens. They came up with cool neighborhood campaigns and, in response to a personal video message from mayor Sharon Dijksma, they gave advice to the mayor. Her question to the youngsters was; how do we turn Utrecht into a “masterpiece”?

After a short introduction to Kate Raworth’s Donut Economics and playing our “Boiling Frog Game” that challenges young people to think about topics that affect our sense of freedom, it was time to brainstorm. Ideas for actions soon followed, such as helping out a shelter for Ukrainian refugees, collecting food for the food bank and promoting Keti Koti. These actions were actually carried out by the youngsters as part of their social internship.

In addition, letters were written and video messages were recorded to be sent to the mayor. The recommendations ranged from more free events for young people aged 16 and over to tackle loneliness among youngsters, to making public transport cheaper and introducing higher environmental taxes to combat climate change. To top it all off, a poem was written about how the problem of litter could be solved. 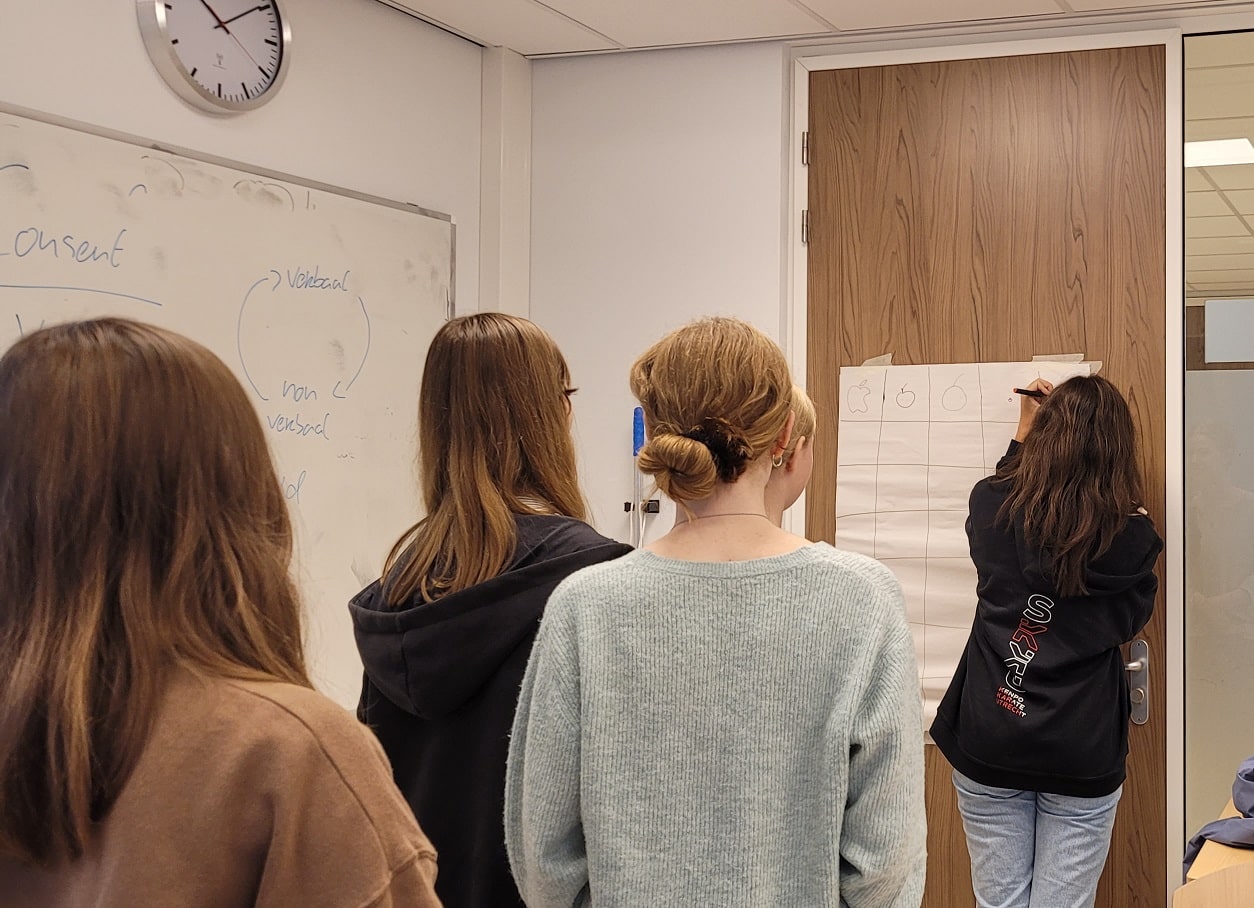 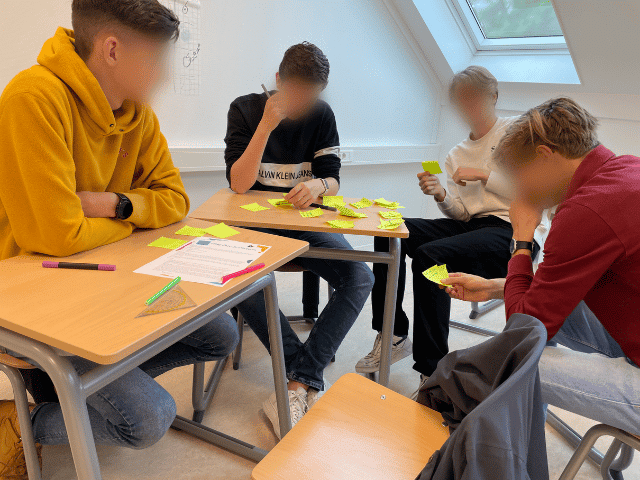 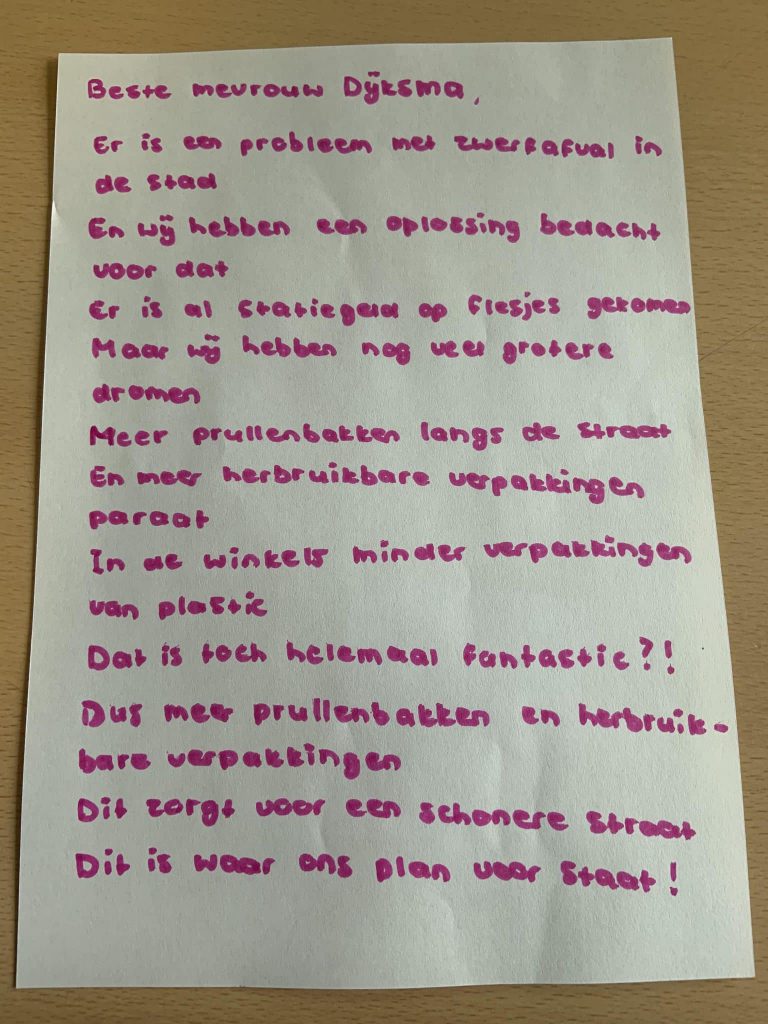 We look back on a successful project. The Utrecht youth can be proud of how they have expressed their visions about their city without walls in various creative ways and have made their voices heard for an even better, more inclusive and more sustainable Utrecht. In other words, Utrecht as a “masterpiece”.

Watch the aftermovie of this project here.

This project has been made possible by: