Global media coverage in 2022 has been largely focused on the Russian invasion of Ukraine and how the victims of that conflict have been impacted. As the suffering in that region gets reported and analyzed on a daily basis, other stories of people struggling to survive go under reported and unfortunately ignored. 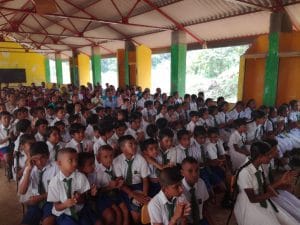 For the people of Sri Lanka, 2022 has become a year of economic, political and social turmoil, and the worst may yet be to come. In the aftermath of Covid-19, with the continuing war in Ukraine, the nation’s foreign currency reserves have been depleted. As a result the government has already begun to default on its debt payments, and is unable to afford essential imports of food, fuel, and medicine. Power plants have been unable to maintain production, resulting in extensive power cuts throughout the day. With petrol stations shuttered due to lack of supply, public transportation as well as private vehicles are no longer an option for people. And with the shortage of medicine and medical equipment, there is widespread fear that if someone did manage to get a hospital, they would not be able to get essential treatment. 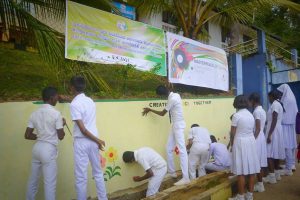 Since 2016, MasterPeace Sri Lanka has empowered young people by using art and educational initiatives. They have also brought different religions, ethnicities and age groups together in the spirit of dialogue and cooperation.  Throughout the current crisis, club leader Nishantha Kumara has been in touch with the MasterPeace Core Team to inform us about the difficulties people face at this moment throughout the country. He fears that the worst is yet to come, as shortages continue and people take to the streets to demand change, next month could see people suffering on an even bigger scale. His request to the MasterPeace community and partners around the world: don’t let this crisis continue to be ignored; to raise our voices and come together to help a country on the brink of disaster, before it is really too late.