This blog article was originally published here on 3 November 2020.

When the UN created its global goals, various equality groups pushed for the rights and needs of lesbian, gay, bi and trans people to be taken into account. These groups can experience multiple discrimination and violence, due to their intersecting LGBT status and gender. To discuss the perspective of the youth,  Connecting Dreams Foundation India in collaboration with MasterPeace Foundation organized its second session of Y4SD.

The topic for the session was along the lines of SDG5, SDG8 and SDG11, and it was conducted on 30th October, 2020. Srini Ramaswamy, co-founder of Pride Circle, Inclusion and Belonging Evangelist and an Ambani fellow was the expert for the session. It was facilitated by Maria Sakarias, Global Coordinator of MasterPeace, and attended by Mr. Aart Bos, CEO of MasterPeace, who furthered the dialogue by asking questions to understand the perspectives of the young changemakers present in the event. Two teams, one from India and the other from Kosovo participated in the competition.

In India, the Supreme Court decided in 2018 that homeosexual acts are not a crime and it was a major step on the side of the queer community. Transgender have been recognised as a third gender in India in 2014. However, they still face widespread violence outside the metropolitan cities and lockdown has worsened the conditions of the people by destroying their livelihoods. The restrictions of COVID19 have put the LGBTQ marginalised community into strain and difficulties. Project Transformation of Team India addressed this issue of LGBTQ community from an economic perspective.

As far as the team from Kosovo is concerned, Kosovo is a small country in Southern Europe. It’s been 12 years since Kosovo got its independence and its laws are quite progressive. However, laws differ from reality: Kosovo is one of the most homophobic country in the Balkan region. More than 80% of of LGBTQ community says that they have been subjected to psychological abuse and 30% reported being subjected to physical violence as well. The team from Kosovo will share their perspectives on gender and equality from a larger perspective: they believe that changing these stereotypes starts at a very early age – in primary and secondary schools.

A 19 year old individual was abandoned by his family members because he came out as trans to his family members. As a result, he had no place to go, no place to eat and no one to find the education. On hearing these stories, CDF Aryabhatta came together and helped him with cheap accommodation with the savings they had. Later, they circulated surveys among family and friends to understand the knowledge that people have on gender and sexual identity. The results were absolutely shocking as most people did not have enough awareness and a lot of people were fine admitting the fact that they were homophobic, transphobic and queerphobic. To tackle this lack of awareness, Project Transformation was started. The vision for the project was empowerment, inclusion and the acceptance of the LGBTQIA+ community. The SDGs targeted were 1, 5 and 8.

The team got in touch with different organisations and interacted with the community to outline the major problems. The first step was sensitization. They met 12 eminent personalities from the community and designed a model called ‘Transformation Talks’. It was an initiative to spread sensitisation about the community through educational institutes and youth. As a trial run, they held their first talk with Mrs. Rina Rai who is the founder of Misstransme India and Jamal Siddiqui who is an LGBTQ activist speaker. After the success of their first event, they went on to conduct more talks with numerous more famous personalities. However, post pandemic also they didn’t stop and shifted their talks to online live sessions such as Instagram sessions and had a viewership of 2,500+ individuals.

While the team got a lot of love and appreciation from the community as well as its allies, they were thrusted into a world of hate. The social stigma that surrounds the LGBTQ community was also extended towards them. However, as these challenges came the team realised that they were really not alone. After each stop, the team would get people who were interested to work for the community. So, the team came up with a volunteer program which acted as an opportunity for the members of the community and its allies to get together and worked for the betterment of the society. So, far the team has had 40+ volunteers working with them. Social media also helped them in furthering their action and they also provided emotional support and help via online mode during this pandemic. They also have found a team of psychologists to help the community. Under the income factor, the team collected CVs from the community and connected them with the corporate sector. The team looks forward to creating a helpline, conducting career counselling sessions and guiding volunteers to start a transformation club in their college and workspaces. 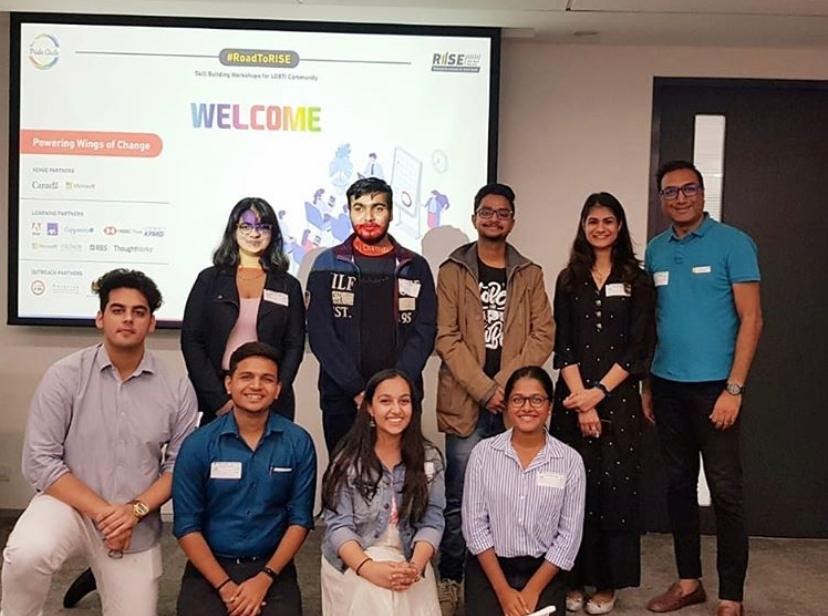 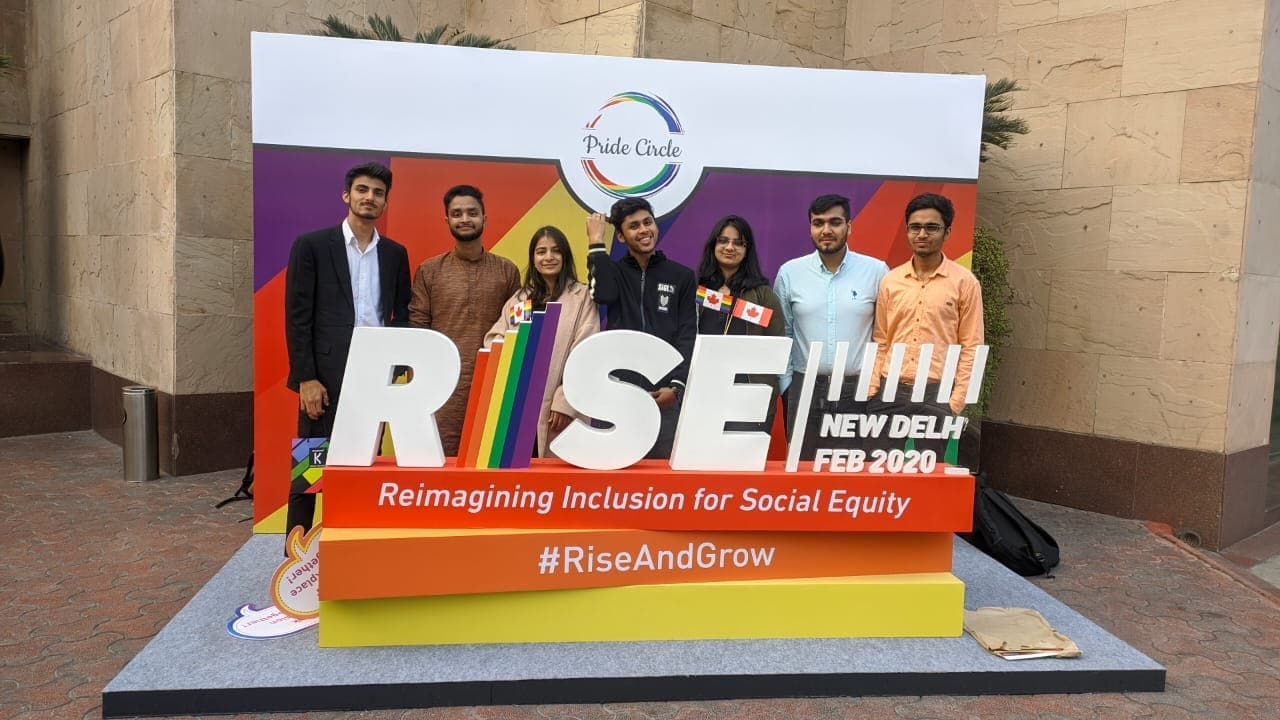 The team has been working in the field of human rights, gender equality, minority groups and marginalized groups promotion since 2011. They have put forth many initiatives which have become national as well as international thanks to the support of their partners.

Kosovo is a country where support is not given to women, marginalised groups and minority groups. In order to tackle this situation, they came up with the project which will work not only for their circumstances but also in a wider context. The need to start the project came from the fact that schools avoid discussion about LGBTQI+ community due to an intolerant mindset: students in school are not taught anything related to gender sexuality, gender roles and expectations. Thus, there was an urgent necessity to counter the root problem so as to remove this problem from the society. As a part of this program, the team has trained hundreds of youngsters on promoting nonviolence, gender equality and healthier lifestyles. The trainings were started in Pristina, as this is the capital and centre where most of the groups are settled. The project targeted to create openness and tolerance towards this community.

As it wasn’t feasible to create a change on an individual level, the team needed to collaborate with organisations on a national and international level. Hence, the team created a memorandum of understanding with several public institutions of Kosovo who helped them further their goals and achieve their targets in the best way possible. They also helped them find some connecting dots in the municipalities where they could go and develop their awareness raising campaigns.

The team also conducted training, discussions and other activities with students across several departments and universities in order to create awareness and widen the circle of people who are willing to share their experiences, sexual orientation and preferences. The team has developed various kinds of campaigns surrounding the youth and teachers working with youth. All this has helped them in treating root problems such as homophobia, gender based violence, sexual orientation based violence, inclusion, accepting people of all backgrounds and workplace discrimination. The main outcomes of the project have been awareness of gender conception distinctions among youth, teachers treating gender and sex differences properly in their classes and business employing people of all backgrounds.

Overall, the event concluded with a vote of thanks by Dr. Amit Tuteja, founder of Connecting Dreams Foundation, India. The event wouldn’t have been possible without Dr. Simi Mishra, who wholeheartedly contributed to the conception and success of the event. The event in its totality helped in raising awareness surrounding the queer community and creating sustainable dialogue surrounding it.

For Team Kosovo, you can get in touch by visiting their website.