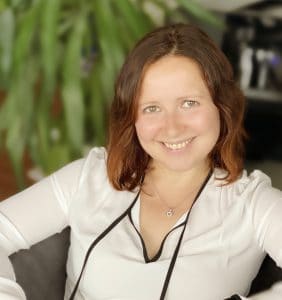 This story about conscious and decidedly actions, taken by the team of the MasterPeace club in the Republic of Guinea, against the spreading of the recent COVID-19 pandemics reminds us how important it is to stay together even when we must stay 1,5 m apart.

For the first time in a hundred years, the world is focused on a common goal: beating coronavirus. The triple hit to health, education and communities’ sustainability has forced us to reconsider almost every aspect of how we live. While some countries made it possible to react relatively fast and mobilize resources and people, other ones, suffering from internal contradictions, appeared to be more vulnerable in face of the pandemics. The Republic of Guinea was among the hardest hit on the African continent, and the number of cases reported daily remains consistently high. Though Guinea has experience in fighting the Ebola epidemic in 2014, the management of COVID-19, despite the measures taken by the national authorities, showed that Guinea’s health  system was not well-prepared, so was society.

The explanation may be partly found in the political unrest in the republic. The political crisis linked to the legislative elections and constitutional referendum in March has had a strong impact on the course of the pandemic and the behaviour of the population towards it. There has, apparently, been a breakdown of trust between a big part of the population and the rulers. Such a lack of trust is not the best ally in times of crisis. The measures taken by the government: the state of health emergency, travel restrictions and the wearing of masks in public spaces were not immediately accepted and followed, as long as they were seen as an attempt to use the pandemics in the political course, therefore the measures were not taken seriously and realistically.

Another factor that influenced the spread of the latest coronavirus in Guinea was religion. The absolute majority of Guineans (around 85%) practice Islam. In many orthodox communities the existence of the virus was denied or perceived as God’s will, therefore it is not to oppose.

According to earlier research data, up to 40% of people who tested positive refused to be treated.

In this complicated situation of the political crisis, street protest, untrust of government’s actions, poverty of the majority of the population, which is in daily quest for food and therefore hard to lock down, the MasterPeace club came with a solution. The main challenge, according to the leader of the MasterPeace club in Conakry (the capital of the Republic of Guinea) Philip Kpakiwa, was that people neglected the advice on how to protect themselves and the ones around. The MasterPeace team already had an experience of fighting against epidemics: Guinea was at the core of the 2014 Ebola outbreak. They knew how to mobilize people, how to spread information and, most importantly, how to build trust.

Masterpeace used their connections and presence in the neighbourhood to educate people about basic hygiene rules that help to prevent spreading the disease. They went door to door and talked to people in each household personally convincing them about washing hands with soap for 20 seconds, keeping 1,5 meter distance and wearing a mask in public spaces, such as transport or markets. The last point, all of a sudden, appeared to be a bigger issue as many people confessed that they are afraid to suffocate in a mask. This is a very well known fact that panic attacks (it was them) with abrupt choking feeling are often a symptom of prolonged anxiety. On the other hand, anxiety is highly likely, if not to say, normal in the given circumstances. The MasterPeace team members and volontaires were, obviously, wearing masks themselves and they decided to give masks away so that people could try them on and, eventually, wear. When it was clear that the first experience was successful the MasterPeace quickly mobilized its members and found resources to produce more masks. Over 300 people received means of protection and about 2000 people were informed about the threat and the ways to stay healthy.

Through recognition and friendly conversations, open and patient discussions and rational arguments the MasterPeace team reached to people’s minds and hearts helping them to allay fears associated with the COVID-19 pandemics and be more safe. After the first massive campaign the MasterPeace club has continued supporting the community providing masks but most importantly spreading the knowledge. Since then there were more organisations in Conakry that joined their efforts helping to build resilient society and gain trust in each other.

The crisis has shown us how deeply we are connected to others and to our planet. Philip Kpakiwa shares his personal lesson he has learned from this experience: “It became crystal clear to me how deeply people associate themselves with their culture, how much they are bonded to their religion and their communities, and how many aspects of life and, eventually, death, depend on those bonds.” There is, naturally, the right to protest and to express political views, and the right for work and the adequate standard of living, as well as there is time and space for religious rituals but “the common sense must prevail if we care for others” – Philip adds. 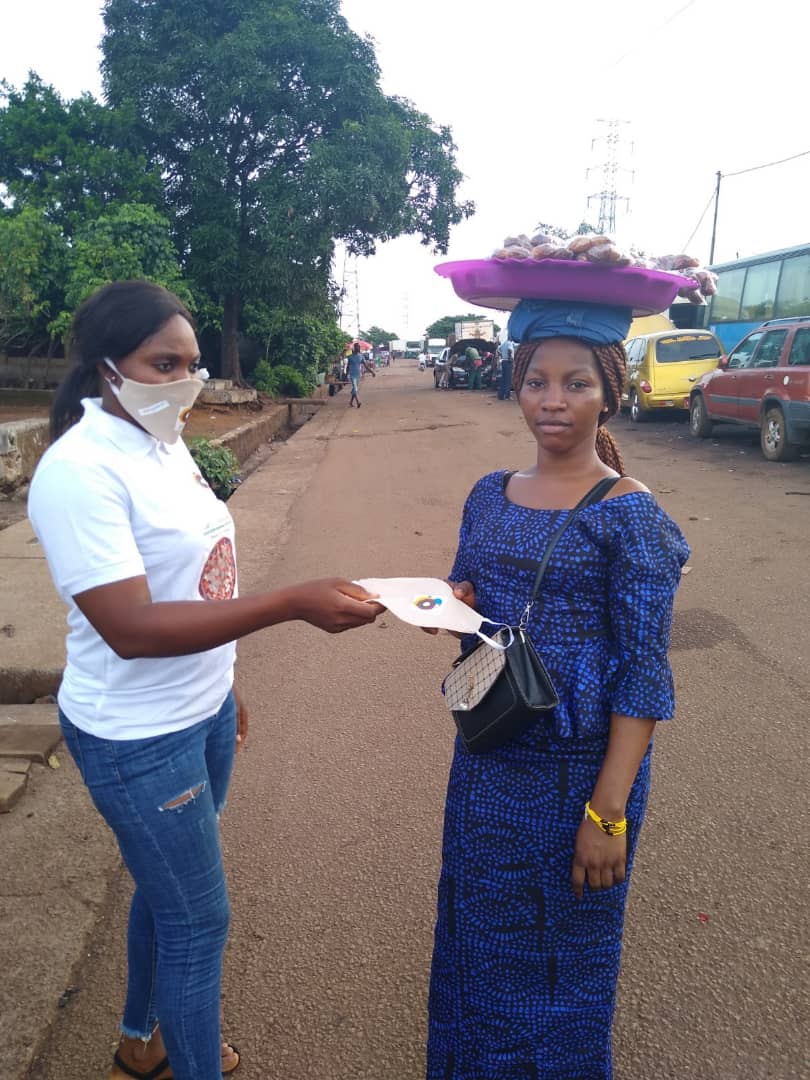 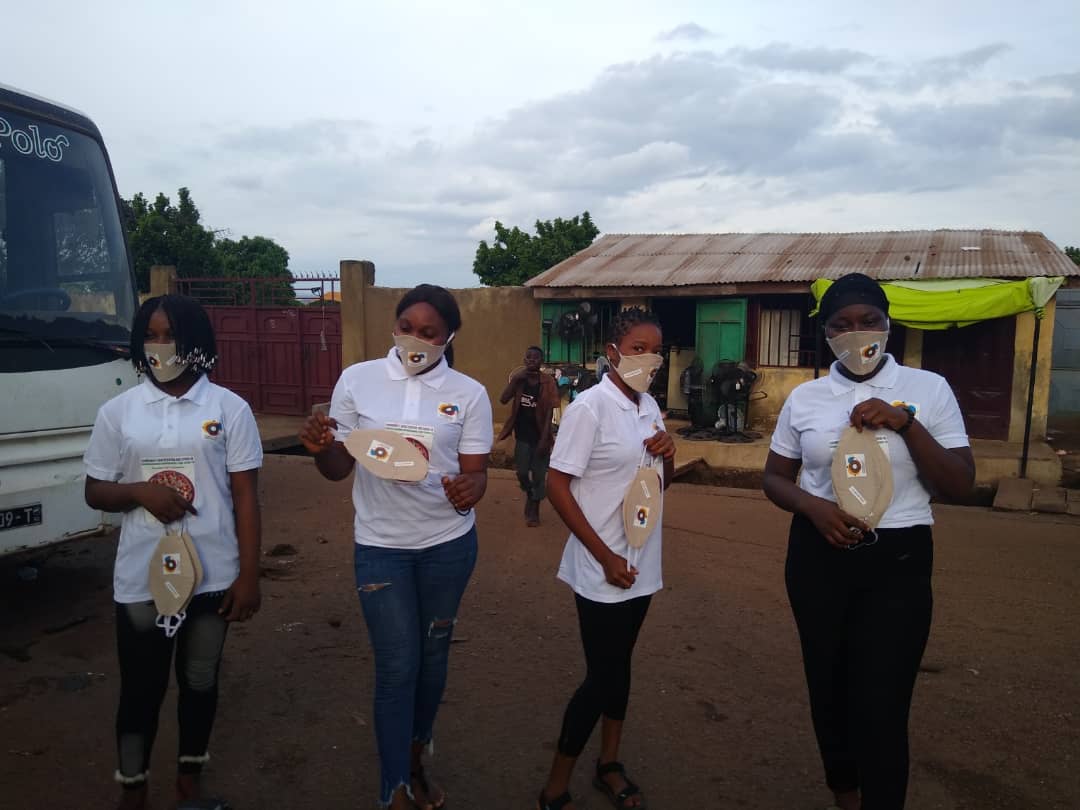 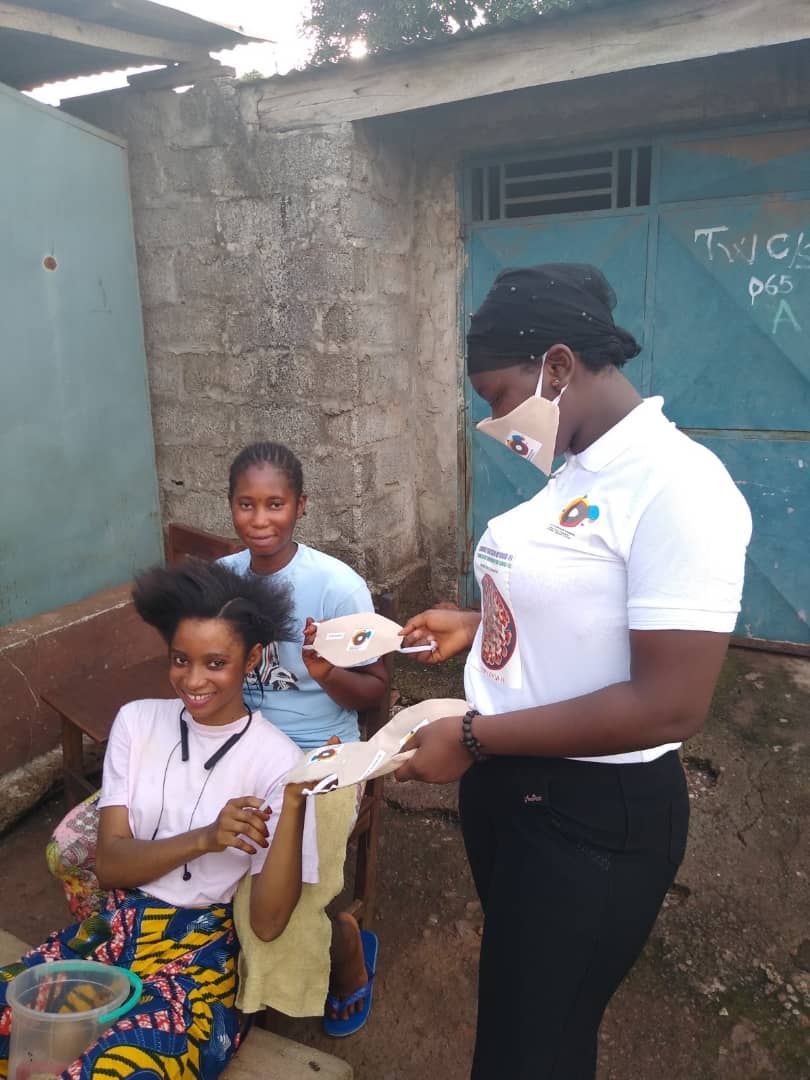