On the 3rd of August, 2019, Musikili Foundation in partnership with Village of Hope in Kitwe Zambia, organized a breakfast talk for the Village of Hope Children under the theme Bread Over Bombs. The breakfast talk concept was wrapped around Sustainable Development Goal number 2: Zero Hunger. Through the sharing of bread, they shared a message of peace that denoted bread as life giving and bombs as life taking.

Village of Hope-Kitwe was established in the late 1990’s to provide education and healthcare to children in need as well as shelter for some who have nowhere to go. The institution’s mission is to bring lasting hope to children who are at risk socially so that they can embrace adulthood as independent and contributing members of society. It is from this backdrop, that they sought to promote the concept of peace as a component of the foundation that is going to support the village of Hope children even as they get reintegrated into society.

Given that losing one’s parent or parents comes with a number of psychological risks and that because of the gaps that usually exists in diagnosing these psychological problems which are compounded by weak social infrastructure that should support these children emotionally, usually there is a result of cumulative effects of anger and depression that build up over a lifetime period of an orphan. This usually renders these vulnerable children incapacitated in contributing to the peace and social welfare of their society. It was therefore imperative that through the act of bread sharing they disseminate the message of forgiveness as a means of attaining one’s inner peace and subsequently becoming an effective proponent of peace in society.

With over 60 children between 5 and 20 years of age and 25 staff members, they held a breakfast talk for over an hour. Their peace talk resulted in reconciliation between some children and their caretaker mothers and confessions of forgiveness by both the caretaker mothers and some children. Their message was summarized as overlook, let go, forgive, and become the best you can to yourself first, your neighbor and then your society at large in your quest to achieve peace.

The club leader is Ray Mwanza an excellent leader, a man with a clear objective, mission and vision who is contribute to peace building in Zambia through important elements such as education, music and art. 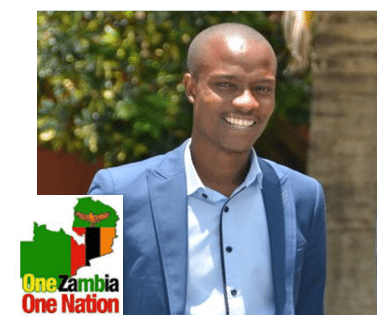 Having benefited from the fruits of decades of peace in my nation Zambia, I feel more than obligated to rise up to the occasion and help to safeguard the pride of my nation “PEACE”, which was curved out of sheer sacrifice by our forbearers.

Our peace as a nation has stood the test of time over 50years but like any other nation in the global community, Zambia now more than ever lives in a world full of polarised ideas. And in the face of adverse effects of climate change, the perception of dwindling resources has made the wealth gap to even grow wider. These dynamics are serving as a recipe for conflict all over the world, Zambia inclusive.

Therefore in a bid to contribute to PEACE building in Zambia through Education, Music and Art, I dream of an integrated world. Socially, economically and environmentally sound for the next generation. And in my dream I hope the next generation will count me among MASTERPEACE LEADERS.